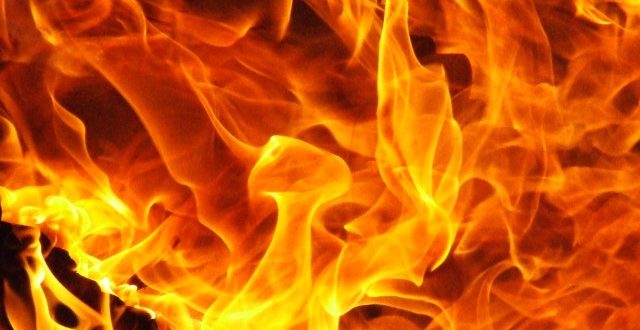 Two ministers of The Church of Pentecost in the Berekum Area and their families escaped a near disaster on Sunday morning [October 18, 2020] when fire gutted their mission house.

The fire outbreak started at the time the pastors and their families were away in church.

Pastor Samuel Essel of Biadan District and Pastor Solomon Azagisiya of Berekum PIWC, who share the same mission house with separate apartments, returned from church on Sunday only to see that the whole house was in thick smoke.

The fire, which was suspected to have started from one of the corridors, lasted for more than an hour before it was put out.

Miraculously, the fire could not spread beyond the corridor. However, everything around the source of the fire was burnt into ashes.

The victims and the witnesses, who came around, attested to the fact that but for the intervention of the Lord God Almighty, the whole house would have been engulfed in the blaze.

Personnel from the Ghana National Fire Service at Berekum responded quickly to the distress call and helped to fight the fire.

The cause of the fire outbreak was suspected to be an electrical fault.

The two families were thankful to God for His intervention in the situation.