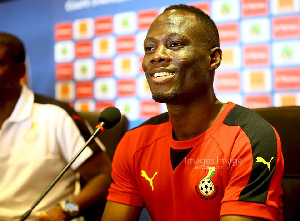 Former Asante Kotoko midfielder, Emmanuel Agyemang-Badu has said that he has unfinished business with the club and is hoping to return to the club before he hangs his boots.

Badu joined the Porcupine Warriors on a loan deal from Berekum Chelsea during the 2007/08 season, scoring 2 goals in 18 games.

The 29-year-old played a part in the club’s league triumph that season before departing for Spanish side Recreativo Huelva in 2009.

Speaking to Spice FM, Badu stressed that he desires to play for Asante Kotoko before he hangs his boots.

“I always say that I have some unfinished business with Kotoko and it is still in my heart: I am ready to work with any title in the club and it will surely happen.”

He added that: “CEO Nana Yaw Amponsah is well suited to work in the club: I have worked with him before and with everyone’s support he will be very successful.”

Badu is currently on loan at Italian side Hellas Verona from Udinese. 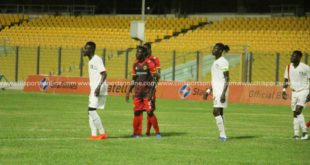 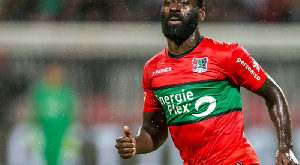