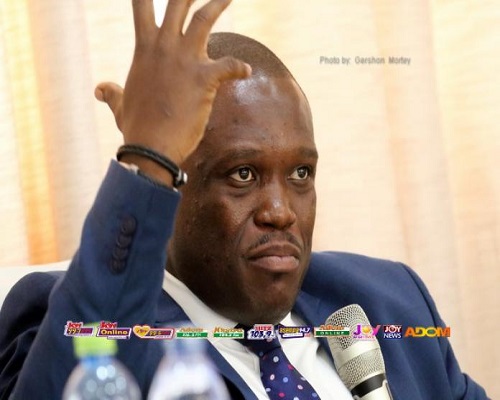 Ningo-Prampram Member Parliament (MP), Sam George, has denied media reports that he fired gunshots at Ataa Mensah, a suburb of Mobole in the Ningo Prampram constituency.

This comes on the back of accusations from Assembly Member for Mobole, Okoe Mensah that Mr George was behind an indiscriminate shooting incident that took place on Sunday, September 27, 2020.

According to him, the youth and people of Mobole are peace-loving people and don’t engage in guns at playgrounds.

Mr Mensah called on the MP to render an unqualified apology to the chief, youth and people of Mobole for the alleged action.

But Mr George has denied the allegations levelled against him by the Assemblyman.

The MP, in a statement, said that at no point in time was any weapon discharged during his visit to the Mobole electoral area.

“In the company of about 100 party members, we spent six hours engaged in a door-to-door campaign that took us to some areas in the constituency. The assemblyman, who doubles as NDC constituency secretary, was not part of the entire activity.

“For emphasis sake, Mr Okoe Mensah was at no time present at any of the locations we visited. He stayed away from the activity despite the fact that he was informed and notified days before the visit of the team,” he said.

Read his full statement below:

‘You’re always scared to chastise Akufo-Addo but quick to condemn NDC, be fair!’ – Mahama to chiefs