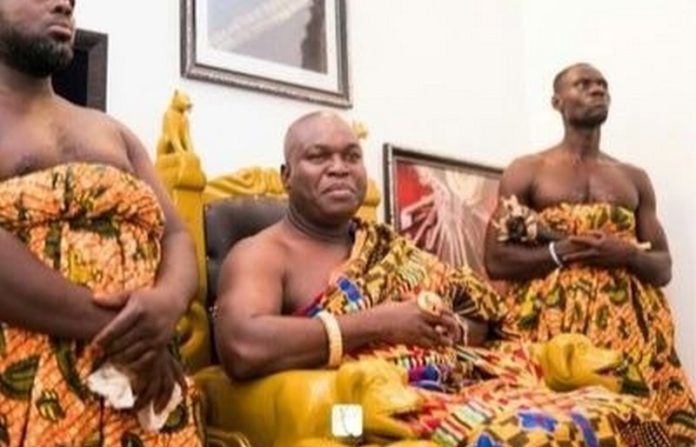 The Akwamuman Traditional leaders in the Eastern Region have expressed concern over the separatist groups who are trying to claim certain parts of Akwamu as they seek to withdraw themselves from Ghana.

In a statement signed by Akwamumanhene, Odeneho Kwafo Akoto III on Monday, he cautioned the group responsible for Friday’s revolt to vacate the Akwamu state and its environs with immediate effect.

“We would warn that at no time in the long history of Akwamu, did Akwamu state share even remotely, a border with any land purporting to belong to what was analogous to German Colony of West Africa. Whilst we believe that their actions are grossly misplaced, such actions disturb the peace of Akwamu and its surrounding areas,” the statement read in part.

It added: “We would advise the insurgents to vacate immediately Akwamu and adjoining lands, so as to allow us to enjoy our peace. Akwamu stands to co-operate fully with the State Security Agencies to remove the miscreants from our lands and adjoining areas.”

In the wee hours of Friday, a group of armed men who called themselves the Western Togoland Restoration Front (WTRF) forcibly took over the Aveyime and Mepe police stations simultaneously, overpowered the police officers, broke into the armoury, and made away with all the weapons.

According to the statement, “Not even a square foot of Akwamu was part of the places visited by the eminent persons nominated by the United Nations to find out the wishes of residents to join nascent Ghana or Togo subsequent to a Referendum on the issue.”

“The nation of Ghana neither violently seized any territory purporting to belong to these miscreants, nor any one else, to warrant our territory being occupied unlawfully.

“Whilst we reiterate that not an inch of Akwamu land has anything to do with their wrongful claims, we would suggest that they vacate Akwamu henceforth and bring any claim they believe they have to lodge to the rightful successor of the League of Nations, the UN.

“We warn that Akwamu would resist any attempt to sequester even a square inch of Akwamu. These are different times but we are the same people of yesterday.

“The security forces of Ghana have our fullest cooperation in removing such miscreants with alien ideology from our midst.”

[VIDEO]: Not every doctor or nurse is a frontline health worker – Oppong Nkrumah explains