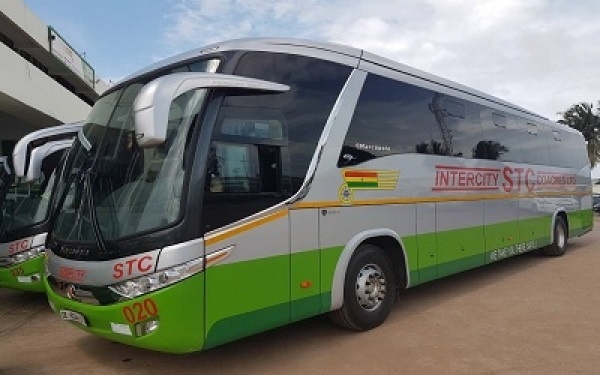 The management of the Ho branch of the State Transport Company (STC) has suspended all trips from the Volta Region capital, Ho, to Accra, following an attack of its buses at the Ho terminal on Tuesday dawn by some armed men suspected to be members of secessionist group Western Togoland Restoration Front.

The station manager, Richard Ahiafor, told journalists that “the issues at stake now we cannot speak to it”.

“What is showing here is the torching of our vehicles? We have reported the matter to the police [and the National Security. The BNI and military is also here

“The drivers cannot drive today. We have called off service from Ho to Accra till further notice directives come from above.”

A group of armed assailants suspected to be members of separatist group Western Togoland Restoration Front went on rampage at the STC Yard and beat up a driver and attacked about four buses, setting one completely ablaze.

A Ho-based journalist, Richard Asiedu, told Alfred Ocansey on 3FM’s Sunrise on Tuesday that the group marched to the bus terminal from nowhere to stage their attack, firing warning shots.

“They have taken us unaware. We heard of the vantage points they targeted, the big market and the installations.

“So we went round those areas to educate them to get prepared and gave our numbers to them that they should call us immediately they see or suspect somebody but this STC yard we didn’t come here because we didn’t know that they would attack the place.

“There is security patrols, the soldiers are patrolling the town. They might have moved from the station before the attackers came here.”