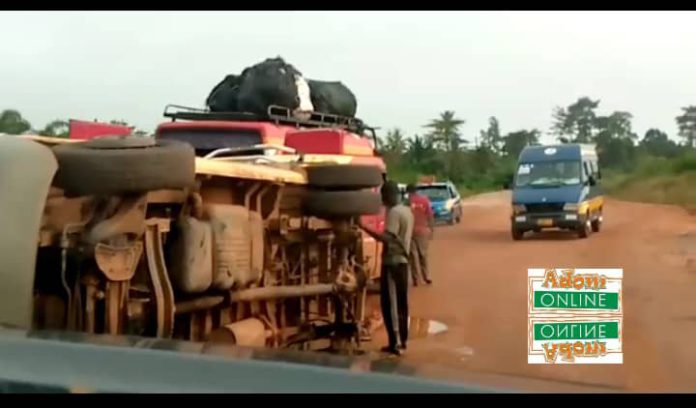 Two drivers have fled after a gory accident at Obuasi which has left two in critical condition and others with various degrees of injuries.

The accident involved a tipper truck with registration number GR 608-20 and a Hyundai minibus AW 299-11.

It occurred in the early hours of Tuesday after the vehicles travelling in opposite directions collided head-on.

Reports indicate the vehicles crashed at Kunka near Obuasi on the Obuasi-Anhwiankwanta road in the Ashanti region.

Police in the area, who confirmed the incident to Adom News‘ correspondent, Isaac K. Normanyo, said a manhunt has been launched for the drivers.

Meanwhile, the injured persons have been rushed to the Obuasi Government Hospital with a 17-year-old boy referred to the Komfo Anokye Teaching Hospital in Kumasi.

Divorced wives must receive half of husband’s properties – CHRAJ Boss