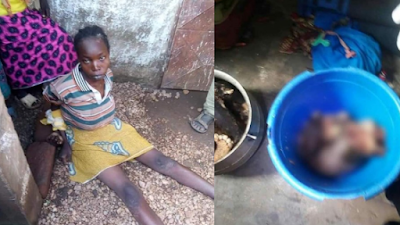 Shocking photos going viral online has captured the callous act of a mother, who was arrested after she was caught killing her children.

The unidentified woman who looked to be in her mid-20s was nabbed after she killed her 6-month-old child, diced the baby into tiny chunks, and poured the body parts into a cooking pot.

It was gathered that after butchering the baby, she tried to also kill her 2-year-old child before she was intercepted by neighbors who were alerted by the child’s screams.

Before long, a large crowd were drawn to the scene, as the said lady was tied down and subsequently handed over to the Pitoa Police command.

As at the time of filing this report, her reasons for carrying out such heinous acts were not given.

Although some onlookers have suggested that her reasons might not be different from other similar cases, where young mothers kill their children and blame poverty for their wicked deeds.

See the photos below; 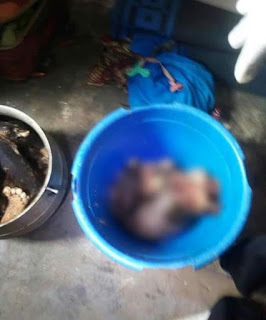 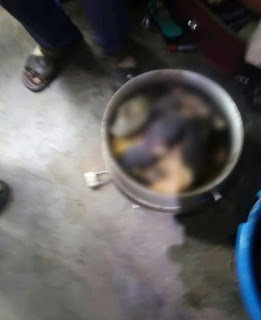 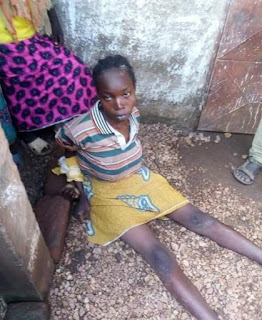 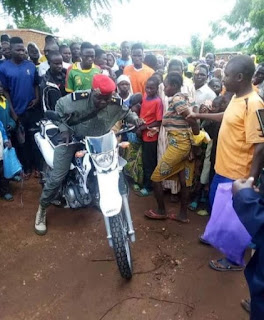 AUDIO: 2 arrested over missing body of chief at Awutu