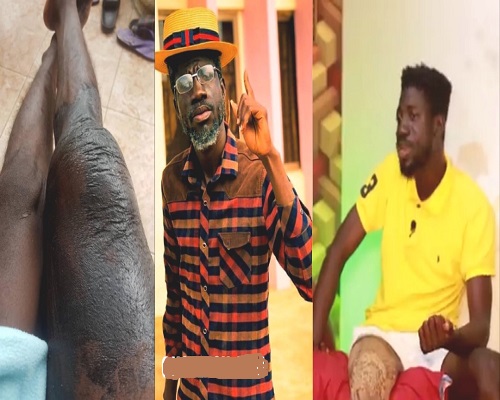 Kumawood actor Longface has opened up about his leg problem that got him bedridden.

The actor has been confined to his bed for weeks with one of his legs swollen.

When news about his leg and I’ll state got to the media space, Ghpage reporters visited him in his Kumasi house.

Longface narrated how it all started on Saturday at a friend’s birthday party.

He had cut short a business he’s been doing in Prestea to Emcee a wedding in Kumasi scheduled for Sunday.

On Saturday he followed friends to a lady friend’s birthday party where the emcee was messing up.