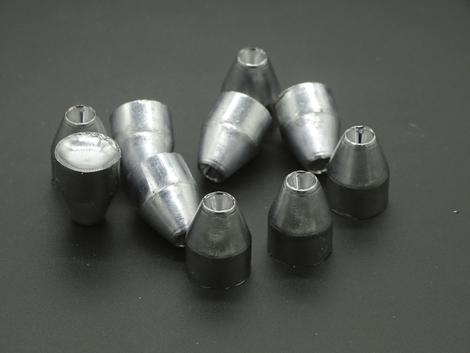 A total of19 pellets of DB bullets have been retrieved from the body of the South Tongu Divisional Police Commander, ASP Dennis Fiakpui, following Friday’s attack and disturbances by persons believed to be members of the Western Togoland separatists movement.

The separatists at the dawn of Friday, 25th September 2020 attacked some police installations, including the Aveyime and Mepe police stations, the office of the North Tongu district assembly while roadblocks were mounted on some major entry points in the Volta region to demand sovereign autonomy for the region and parts of the Oti region; being referred to as the Western Togoland.

According to police sources, the armed separatists made away with 14 Ak47 rifles, 5 pump action guns, and a Toyota Land Cruiser Pick-up belonging to the Aveyime police station and another Toyota Hilux vehicle from the office of the North Tongu District Assembly -after overpowering and locking up some police officers at the station.

As a result, a re-enforcement team led by ASP Dennis Fiakpui arrived from Sogakope to assist their counterparts but were also overpowered by the separatists group in a feary cross-fire leaving the Commander and three other officers severely injured.

Speaking to some journalists at the Battor Catholic hospital on Sunday, Dr. Bernard Hayford Atugu who treated the officers revealed that, the commander has since been transferred to the Accra police hospital but is responding to treatment while three other officers involved have been discharged.

He said, “My checks have informed me that the two of them, that’s the Divisional Commander and one other officer who reported to the facility, are doing well. When we did an X-Ray, we saw 19 pellets of the DB pellets. Luckily, they did not get to the bone, they were only on the flesh so he did not sustain any fracture.”

According to some experts, the DB pellets is mostly described as non-lethal but can lead to death when it hits a sensitive part of the body.

Though several people have been arrested in connection with the incident, the police have only retrieved the two cars and one Ak47 riffle.