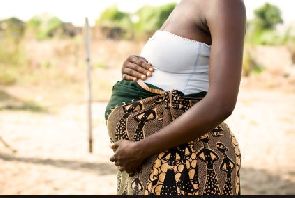 When the first cry of the bouncing baby boy was heard, the families could not jubilate because both men, who had sex with the victim, Adomah, denied responsibility.

The first culprit, Abeiku claimed he had intentions of dating Adomah and was in talks with her until he realized his friend, Charles, also had an interest in her.

Being a married man, Abeiku said he longer pursued his interest despite Adomah giving him ‘green lights’.

Speaking on Nhyira FM’s Obra, Abeiku said he had forgotten all about her until he visited his friend Charles only to find him having intercourse with Adomah.

“I was pained because I was the first person to have met Adomah and introduced her to Charles. I felt betrayed seeing both of them enjoying,” Abeiku confessed.

With the ‘meal’ already ready and the mood intense, Abeiku demanded his ‘share’ which was smoothly granted, but he claims he lost interest midway, before ejaculation.

To that effect, Abeiku swore he could not be the father of the child and advised Adomah to convince Charles to take responsibility.

Charles on the other hand challenged Abeiku’s side of the story but Adomah was too quick to shut him up.

However, after the back and forth, both men agreed they played the ‘gala’, but still maintained they were innocent and ready to swear an oath.

But the host had a better idea of a DNA which confirmed paternity to Abeiku with 99.98% probability, but the father still insisted it could be a medical mistake.