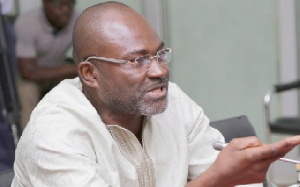 The Accra High Court has summoned Dr Ken Addo of the Holy Trinity Medical Centre/Spa to appear before the court and explain the medical excuse duty he granted Kennedy Agyapong.

This is after the MP failed to show up in court today, September 28, 2020, due to what his lawyers describe as “post COVID-19 fears.”

Kwame Gyan, the counsel for Kennedy Agyapong explained to the court that the MP has been advised by doctors to take a 14-day rest.

He told the court presided over by Justice Amos Wuntah Wuni that Kennedy Agyapong is suffering from ‘post-COVID-19 trauma’.

“On the last adjourned date, by mutual agreement between the court and the legal team for the third defendant-respondent applicant. Today was set for the continuation of the proceedings that began earlier this month.

“Our client, Kennedy Ohene Agyapong suffered from complications from a post-COVID-19 condition that he suffered last month [August]. My Lord, we arrange for him to seek medical support,” Mr Gyan said.

“By court, the contemptor is not present in court today, indeed a medical excuse duty form has been attached to a letter under the hand of the learned lead counsel requesting for an adjournment covering 14 days from September 26 to October 10, 2020.

“In the circumstance, the request for adjournment is granted. However, it is hereby ordered that the medical officer, Dr Ken Addo of [the] Holy Trinity Medical Centre/Spa appears before the court on Thursday to speak to the medical excuse duty,” Justice Wuni ordered.

As previously reported, Kennedy Agyapong is facing contempt charges after he made some remarks about a judge who ruled against him in an injunction case.

Kennedy Agyapong’s lawyers initially argued that the High Court does not have jurisdiction over the case but their claim was flatly rejected by Justice Wuni.

“So the court should not do anything when the case is almost a month away. Your client is simply coming here to explain why he said all those scandalous things.

“The court has the right, power and courage to punish anyone who scandalises its name. The law is the law. If you hold a live wire with your bare hands you will be electrocuted,” judge Wuni held.

Previous Check out photos of Kwaw Kese’s beautiful daughter as she celebrates her birthday
Next VIDEO: John Mahama sprays cash at campaign rally in Berekum 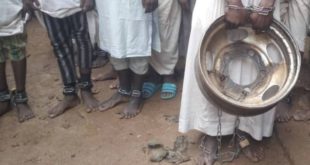