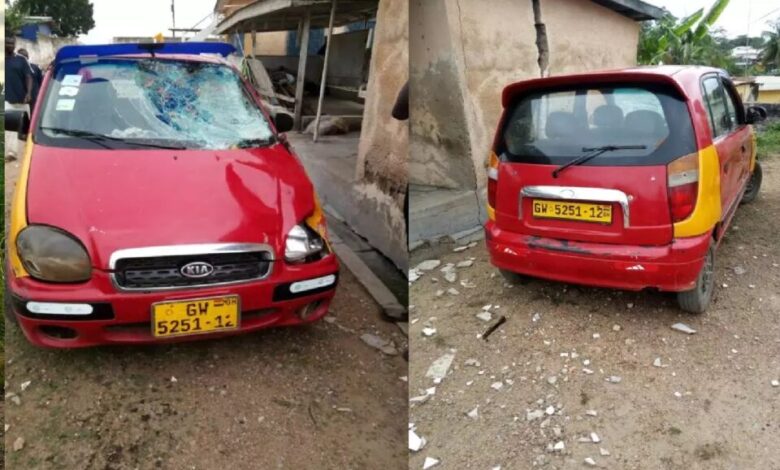 A taxi driver has knocked two persons down at airport junction, Gomoa Fetteh in the central region.

According to report, the taxi driver was coming from kasoa heading towards Senya Breku so as to arrive passengers at their destination. The taxi driver was spotted making a phone call and not paying attention while driving.

Due to that, he was unable to observe happenings on the road. Another car ahead of him that slow down in order for the two pedestrians to make their way onto the other side of the road.

However, the taxi driver who was without patience and focus decided to overtake the immediate car which slows down in order for the two pedestrians to make their way onto the other side of the road, immediately knock down a 13years old boy and a 29years old woman respectively.

The 13years old boy was instant rushed to ST. Gregory Catholic hospital. Whereas the 29years old woman was also taken to a nearby hospital at Awutu Breku.

Howbeit, all drivers should avoid being careless on the road, Instead, they should be very careful so as to avoid rampant accidents

Below are the pictures of the taxi Related Topics:KNOCKTAXI DRIVER
Up Next

VIDEO: Rev. Obofour sprays cash at the naming ceremony of his triplets