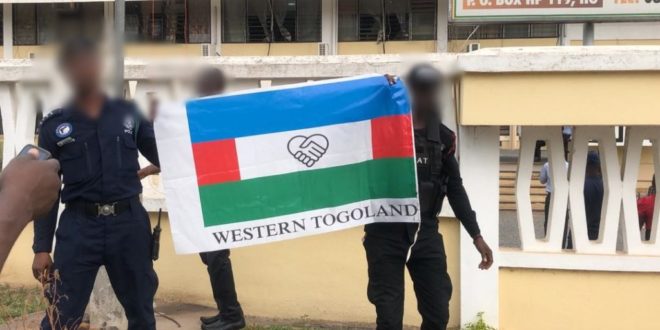 There is currently a raging confusion among the leadership of Homeland Study Group, a secessionist group claiming to have formed Western Togoland from Ghana as a new group has emerged

Seth Mifetu, the who claims to be the Public Relations Officer (PRO) of the latest group known as the People’s Liberation of Western Togoland has denied their involvement in the recent attacks in Ghana.

He called on the authorities of Ghana to work towards resolving the matter amicably stating that perpetrators of the latest attacks are politically sponsored.

“We believe that the people who are doing these things have a political motive, they have political elements behind them and pushing them. They are using the name Western Togoland to discredit a beautiful course so I want to caution them”, he warned.

Seth Mifetu also denied the recent erection of signages on section of the major roads entering in and out of some parts of the Volta Region indicating that those were imposters.

“The People’s Liberation Council of Western Togoland is not behind that. We also woke up one day to see those signboards. We initiated investigations into the matter…we tasked a few people but their lives were in danger so they abrogated the investigations”, he disclosed.