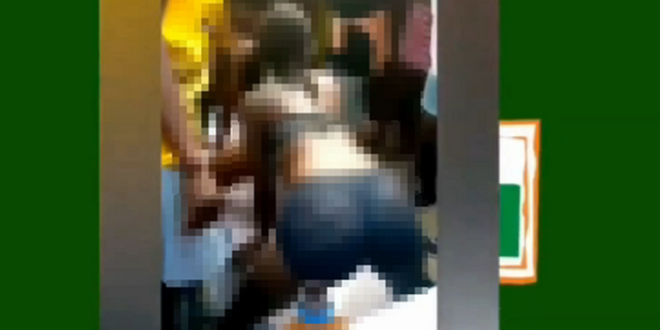 It was jaw dropping sight as commercial sex workers bid their late colleague a farewell by dancing provocatively at her funeral.

The flesh peddlers threw all caution to the wind at the solemn funeral service by shaking their behinds as they clap and sing at the funeral service.

Onlookers were left amazed as the ladies gathered and sang while tw£rking unclad on the coffin of their late colleague.

The funeral drew loud applause as well as condemnation from the large crowd that had gathered for the funeral service of the demised harlot.