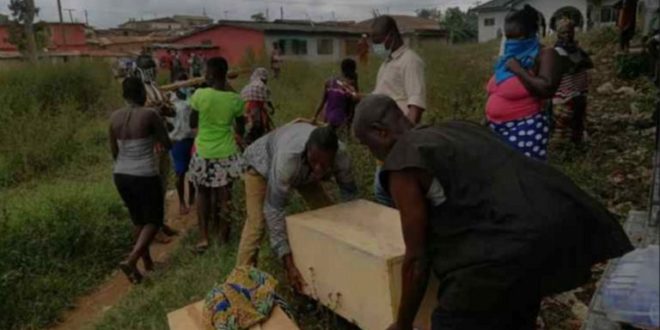 Some residents of Diabene in the Essikadu-Ketan constituency in the Western Region have rushed to the community’s cemetery to collect the remains of their relatives.

This comes after the chief and queen mother of the area reclaimed parts of the graveyard for another project.

The exhumation, which occurred on Thursday with the assistance and supervision of the Sekondi-Takoradi Metropolitan Assembly’s Environmental Health Department, is to create enough room for the expansion of the town’s football field.

A backhoe loader was seen breaking open the graves to exhume the bodies, while the relatives waited with coffins in hand to pick up the remains of their dead for reburial.