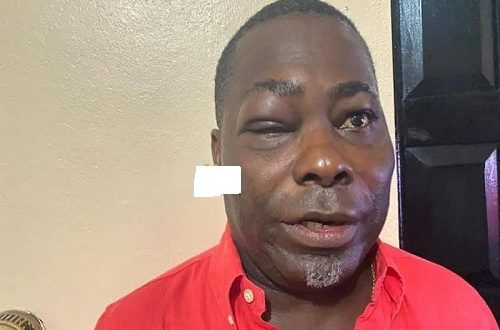 The photos, one of which shows a bloodied Mr. Bissue, show one of his eyes almost shut after the alleged fight.

It is, however, unclear who actually caused the damage to Mr. Bissue’s eye. 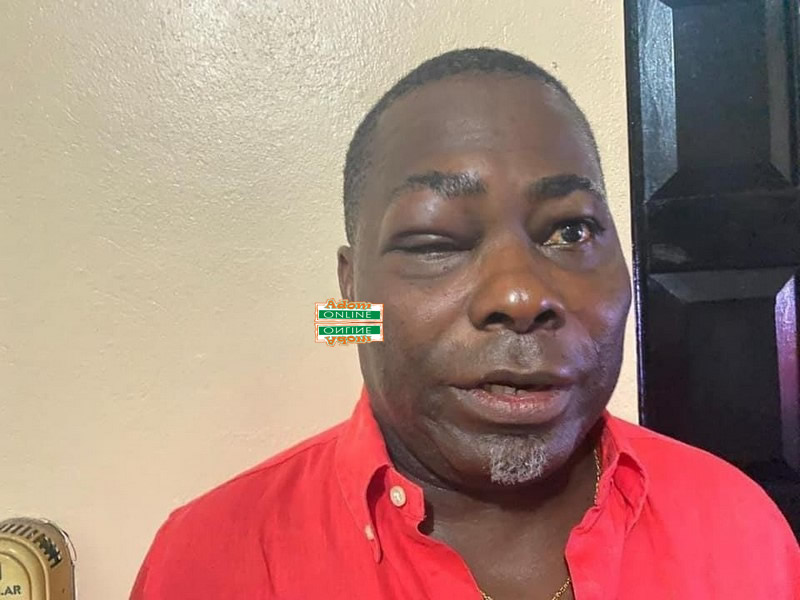 However, Mr Duker confirmed the incident in an interview with the media on Monday evening, indicating that he was receiving treatment at the hospital after the altercation.

But he declined to give further details about what led to the alleged fight due to a directive given from the party hierarchy.

Previous Patrick, the guy who got paralyzed by a billboard in 2017 dies without justice
Next Armed robbers break into Osofo Kyiriabosom’s house