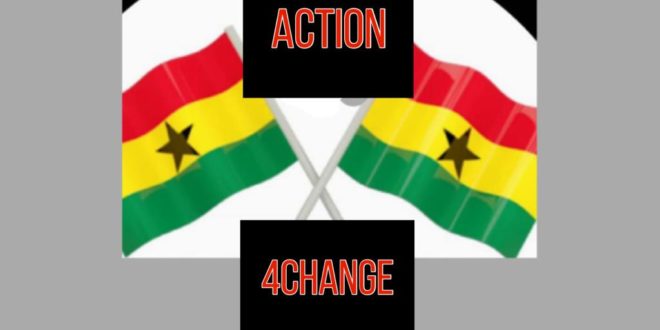 The outspoken mining engineer, mineral economist and former NPP-California, USA Deputy Secretary, Dr. Solomon Owusu has bemoaned that President Akufo Addo should rescind his decision on the unconscionable Agyapa Royalties deal and cancel it outright from parliament to save taxpayers in the country and future generations.

According to Solomon, the deal is a scandal designed to divert proceeds from our natural resources into the pockets of few greedy family members and friends of the President.

As a guest speaker addressing a section of Ghanaian professionals called the Action4Change Group from USA, Canada, UK, Australia, Holland, France, Germany, Spain, Italy, Switzerland, Sweden, Norway, Republic of Ireland, etc., through a zoom meeting to discuss the Agyapa Royalty Act, Solomon admonished them to put pressure on the government to repeal the deal before the December elections. The group’s main mission is to help change unlawful practices in Ghana and strengthen the country’s institutions to the best standards in the world. More than 35 Ghanaian professionals across the world attended the meeting.

In his view, Ghanaians should ignore the misleading Agyapa presentations made by the Deputy Finance Minister, Charles Adu Boahen and the Metro TV presenter, Paul Adom Otchere, because the business strategies of mineral royalty companies are completely different from the scandalous Agyapa deal.

According to him, the various gold royalty companies are privately owned and they offer financial supports to mining companies for development and subsequent extraction of minerals from the ground in exchange for some gold produced from the operations.

Again, he stressed that mineral royalty companies don’t deposit their money in tax haven to avoid transparency, their board of directors are known to the stakeholders and they don’t borrow upfront money for governments to misuse them, as it is structured in the fraudulent Agyapa deal.

Citing an example, Solomon revealed that Royal Gold Inc., a mineral royalty company with its corporate office in Denver, Colorado, USA is financing the Golden Star Resources Ltd, Wassa Gold Mine in the Western Region of Ghana. The current stream term is 10.5% payable gold until 240,000 ounces delivered. Thereafter, the percentage changes to 5.5% payable gold until the life of the mine. The reference can be found below:

Revealing the idea behind the Agyapa fraudulent “Sakawa” deal, Dr. Owusu said, the president’s family members want to control the country’s natural resources even when they are voted out of office, that’s why they established this scandalous Agyapa deal.

“If the deal is 100% owned by the Ghana government as they claimed, why did they register it at a tax haven as a private company to prevent future investigations? Why have they not disclosed the board of directors of the Agyapa Company, if it is publicly owned? Why didn’t they advertise the various positions, including the consultants and CEO for other qualified Ghanaians to apply but they just picked certain family members and friends”, he questioned.

The mining expert used the opportunity to explain the purpose of mineral royalties and how it is expected to be utilized to benefit the people. According to him, mineral royalty is a percentage of revenue or profit of mining companies, paid to the owners of lands where mining operations are located in order to compensate for the extracted natural resources.

Generally, royalties are used to develop areas where the minerals are extracted from. The allocation of the money depends on the terms as agreed by the parliaments of different countries.

The 20% of the mineral royalties is shared among the administration of stool lands, the district assemblies and the mineral development fund managers in the various mining areas for developments. Nobody knows what the government does with the 80% of the royalties in addition to the corporate taxes, employee taxes and other taxes.

Aside the royalties, mining companies operating in Ghana pay 25% to 35% of their profits as corporate tax and the employees working in the mines pay 17.5% to 25% of their salaries as employee tax in the form of “Pay As You Earn” (PAYE). Presenting the gains made under President Akufo Addo’s administration, Solomon recounted that the government has received about GHC 10.2 billion, approximately US$ 1.8 billion, including US$ 520 million as mineral royalties, US$ 900 million as corporate taxes and US$ 370 million as employee taxes.

In his opinion, the government has not used the money generated from mining to develop any of the mining towns in terms of roads, hospitals, schools, water, electricity, etc., and Solomon has challenged this government to pinpoint any infrastructure project initiated or completed in any of the mining areas without loans from the western world.

“If President Paul Kagame could use US$ 5 million to build a gold refinery in Rwanda, why can’t the government of Ghana build refineries and infrastructural facilities with the US$ 520 million in the various mining areas”, he asked.

Solomon persuaded the patriotic Ghanaians abroad to ask this government to show the detailed infrastructure development initiated or completed with the royalties received for that purpose.

“If you can’t account for US$ 520 million meant for development in the mining areas, why should we allow you to borrow US$ 500 million and mortgage our mineral royalties for 15 years? President Akufo Addo and his cabinet should tell us what they have done with the mineral royalties already paid to them to serve as a justification for the additional Agyapa US$ 500 million”.

Considering the current gold price of about US$ 1,960 per ounce with maximized production from all operations, compared to the previous year’s below US$ 1,600 per ounce and less production, Solomon anticipated that the country will generate more royalties from the mining companies in the coming years than it used to be.

“Mortgaging based on previous royalty generations has outrightly undervalued our gains because the metal prices have significantly changed and this will have positive impacts on the revenues of the mining companies, hence, a remarkable gain in the country’s royalty generations in the coming years”, he revealed.

Touching on the reasons for defining the Agyapa deal as a scandal, the outspoken statesman said if we can use about 3 years to generate US$ 500 million in the coming years, why should we rush to borrow same money upfront and sublet 49% of our future gains to certain unknown individuals, suspected to be family members of the president for the next 15 years? From rough calculations, the group can defray the 49% in 6 years and the rest of the 9 years will be free money for no work done, at the detriment of the poor taxpayers.

Concluding his presentation, Dr. Owusu reaffirmed that the Agyapa move is an attempt to grasp state natural resource and hide it in tax haven, where nobody will be allowed to review the transaction. Also, he disclosed that the approximately 9 years of free cashflow for certain group of people makes the deal a scandalous one.

Again, he expressed his suspicion that the opaque nature of the deal, registered at the Jersey tax haven in UK as a private company but known in Ghana as a public company raises a red flag. Furthermore, the fact that the people involved in the deal are reluctant to mention the names of the board members makes the whole deal a complete untrustworthy and Ghanaians should vehemently oppose it.

After an extensive and careful deliberations on issues raised by Dr. Owusu in his presentation, the professionals unanimously agreed that the Agyapa Royalty deal is not just only fraudulent but the biggest scam popularly known as “Sakawa” that will ever happen to our beloved country Ghana, if it is allowed.

The Group re-echoed the view of Dr. Owusu that the suspension of the Agyapa deal is placed just to deceive Ghanaians and for the president to re-implement it if he wins the December election.

The group believes the deal can only be administered if the current president, Nana Akufo Addo is re-elected in the coming general elections. Please stay tuned for further information on the Agyapa deal saga in the soon to be published Part II. 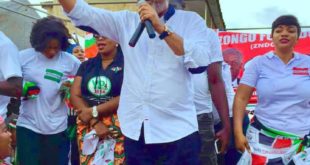 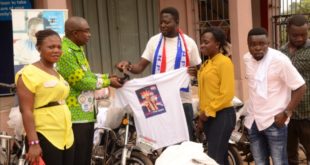 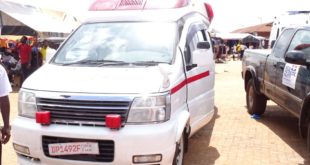 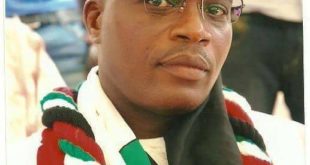 Description    Hon Nasser Mahama Toure is not a talkertive, and a verbose politician, but … 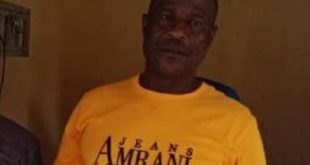