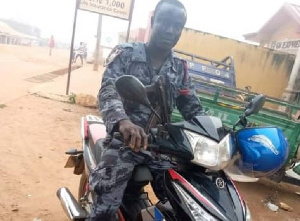 A Policeman Joseph Yankey, aged 36 years of Akim Oda Police Unit, has lost his life after his motorbike ran into a stationary vehicle.

According to a report from the Police in ODA sighted by MyNewsGh.com, Joseph Yankey was riding his Apsonic motorbike from his house to his duty point at Bungalow in the Oda township.

But at a point near the Oda sports stadium, he ran into the rear of a stationary Volvo tipper truck with registration Number GT 5339-19 which was part of vehicles doing asphalt overlay on the road and were parked on the road after the close of work.

Although Yankey was rushed to the Akim Oda Government Hospital for treatment after sustaining several degrees of injuries, he was pronounced dead on arrival and his body has since been preserved in the hospital mortuary pending an autopsy.

Meanwhile, Police have impounded the vehicle he ran into and the driver has since not been found. 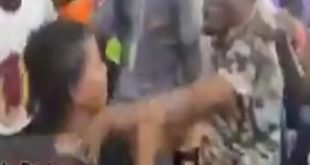