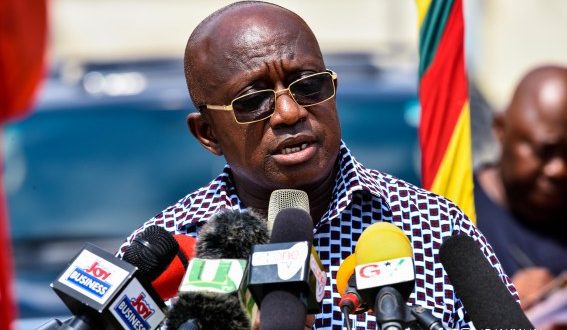 The Ashanti Regional Minister Simon Osei Mensah has indicated he will set up a foundation on peaceful and responsible language with proceeds he will make from a defamation suit he has filed against the Insight News Paper and Strategic Thinkers Network should the ruling go in his favour.

The Minister is seeking 10 million cedis in damages at an Accra High Court for an August 28, 2020 publication of the Insight News Paper captioned ‘Alleged Ethnocentric Comments: CSOs call for the dismissal of Minister.”

Speaking at an event organized by the Ashanti Region chapter of the National Peace Council to mark the United Nations International Peace Day, Mr Osei Mensah denied ever uttering the divisive tribal comments attributed to him.

He averred, “Someone has come out with a tape which the media even says did not come from me but some people still insist it was from me. I have wasted money to file a defamation suit against them.

“If they are unable to provide evidence to that effect, I will take every penny of damages awarded to me to set up a foundation for peace to teach people to be responsible about making allegations against people from the figment of their thoughts, “he stated firmly.

Mr Simon Osei Mensah pointed out that the foundation will be a source of reference to remind all persons who choose to make defamatory comments against people, to tread with caution.

Mr Simon Osei Mensah however expressed worry political parties who were invited to the event did not turn up even though according to him, politicians are to blame for all acrimonies that characterize electoral activities in the country.

He admitted: “The people disturbing us most in this country are me and my colleague politicians. Because of the quest for power, we will choose to spew all sorts of inflammatory statements to knock heads together and create chaos forgetting that peace comes from God.”

He told reporter Ivan Heathcote – Fumador, “All the big political parties were found culpable so we called them and told them that once the president has spoken and parliament has passed the act, it is binding on them.”

The event saw in attendance the regional chair and members of the National Peace Council, chiefs from the Zango Communities, the Ashanti regional Chief Imam and heads of the various Islamic sects in the region.