Home / GENERAL NEWS / Our strike still on; we’ve not received any injunction – Nurses 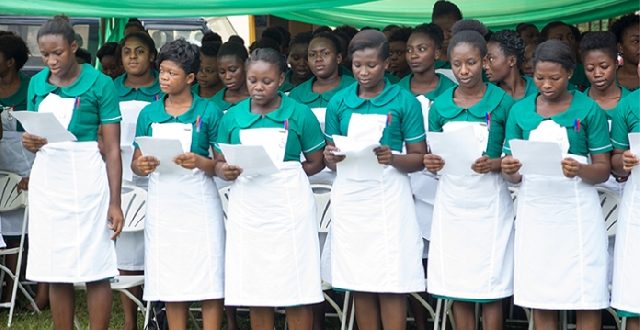 Members of the Ghana Registered Nurses and Midwives Association (GRNMA) will go ahead with their intended strike on Monday, September 21, its National President has said.

According to Perpetual Ofori-Ampofo, the Association has not received any injunction from any court.

After the Association and its allies announced their intention to embark on an industrial action by withdrawing their services, the National Labour Commission (NLC) proceeded to an Accra High Court to secure an interlocutory injunction on Friday.

But speaking on TV3‘s Midday Live on Saturday, September 19, Madam Ofori-Ampofo stressed: “We have not been served.”

”The nurses are complaining about government’s unwillingness to meet their demands over conditions of service for over 82,000 of its members.

According to Madam Ofori-Ampofo, the conditions were signed in April, 2016, but government has since not shown any commitment to meeting the terms and conditions.

“Our first collective agreement that was signed was in April, 2016. That was never implemented by the employer and from the lessons that we have learnt over all these years, for the fact that if you are entitled to something, you are to get paid from your facilities where the facilities is going to be paid from the internally generated funds.”