The Deputy Minister of Food and Agriculture, Mr.Sagre Bambage, has handed over 300 hectors of farm land for the development of a valley for rice production at Kojope, a suburb of Busunu, in the West Gonja Municipality of the Savannah Region.

In handing over the contract documents to the contractor, the minister disclosed that with COVID-19, the importation of rice will be a challenge and therefore, government has developed strategies to increase rice production of which the country has great potential.

He said the overall goal of the project which is among three other projects was to transform Agricultural Value Chain for food and nutrition security, job and wealth creation as well as increase farmers’ income through agricultural productivity and diversification.

The minister encouraged farmers to take advantage of the project when completed.

He urged community members to support the contractor, admonishing the contractor to as much as possible, use local labour drawn from the community to execute the project.

The Municipal Chief Executive for West Gonja, Saeed Muhazu Jibreal, expressed gratitude to the minister for choosing the municipality to benefit from such a huge infrastructure project.

He recalled that the field chosen for the project was an area reserved for rice production in the 1970’s, expressing confidence in the viability of the land to sustain the project.

The elated MCE disclosed that the project was so dear to his heart,reason why he made constant followups to ensure the project came to light.

He assured the minister that the field was going to be put to good use when completed to realise the overall goal of the project.

Mr.Felix Dramani, Project Coordinator for SAPIP, said the delay in starting the project was because they had to do due diligence and get the right consultants among other processes.

It was his hope that community members will take interest and put the facility into full use when completed, adding that, it was the determination of government to stop the importation of rice. According to him, the more we import rice,the more we create jobs for others and create unemployment for ourselves.

He said it’s always disheartening for government to spend so much money to develop such fields and at the end, they are not used.

He was however optimistic that the people of Kojope will take keen interest and utilise the huge infrastructure investment by government.

The Department of Feeder Roads (DFR) and the Ghana Irrigation Development Authority (GIDA) are the consultants who designed and are to supervise the construction of these infrastructure.

To this end,the acting director of GIDA,Mr.Andrew Akure Alabila,disclosed that like the previous projects that were handed over, the contractor is expected to construct protective bonds, access bonds, field bonds, culverts, irrigation facility, a drainage system of about 24 square meters as well as create farm and field roads of about 5 meters in width and 3 meters in width respectively around the allocated site.

He said as part of the monitoring processes and to put the contractor on his toes, they were going to hold monthly technical meetings as well as quarterly stakeholders meetings, pressing on the contractor to deliver on time and ensure quality work is done.

Mr. Alex Frimpong who represented the contractor from Ben Amanka Enterprise assured that the project was going to be completed within the stipulated eight months period and that quality work will be ensured.

The minister earlier on handed over 8km Damongo-Kpiri feeder road for construction and a 200 hectors of land for Foundation Seed Production by the University for Development Studies.

Previous 43 pregnant girls write WASSCE, BECE in Kassena-Nankana West
Next ‘It ruined my life’: School closures in Kenya lead to rise in FGM 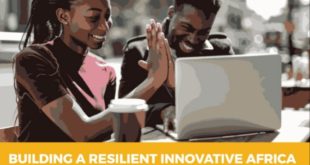 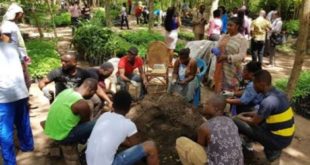 Restore our GHS1,200 stipend or no vote – Afforestation youth to gov’t 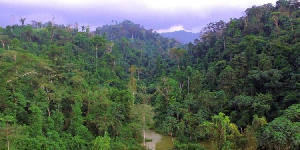 Ghana pushes ahead with efforts to reduce emissions from deforestation, forest degradation

The Government of Ghana has received an advance payment of US$1.3 million out of a … 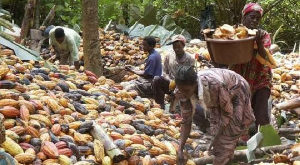 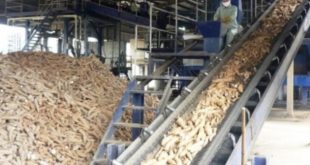