Home / GENERAL NEWS / WATCH VIDEO: BECE Student Who Made The Metal Car Narrates How He Did It 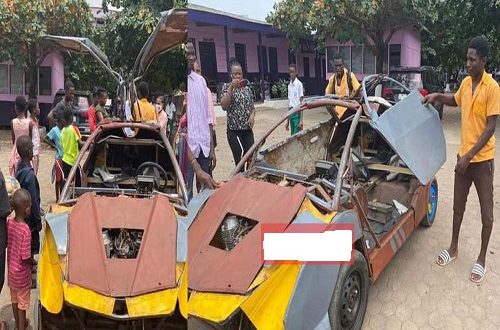 As he becomes more experience he decided to build a bigger car with the help of his seven friends who also helped him financially.

Previous BECE maths paper leakage: Eleven arrested
Next I Will Accept To Lead NPP As Veep – Majority leader Opens Up