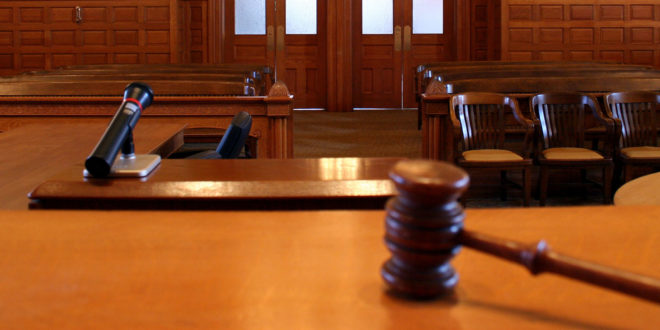 An Accra High Court has granted an interlocutory injunction application by the National Labour Commission against the planned strike by Ghana Registered Nurses and Midwives Association (GRMA).

The move by the court presided by Justice Frank Aboagye Rockson means the health workers cannot embark on their sit-down strike on Monday. 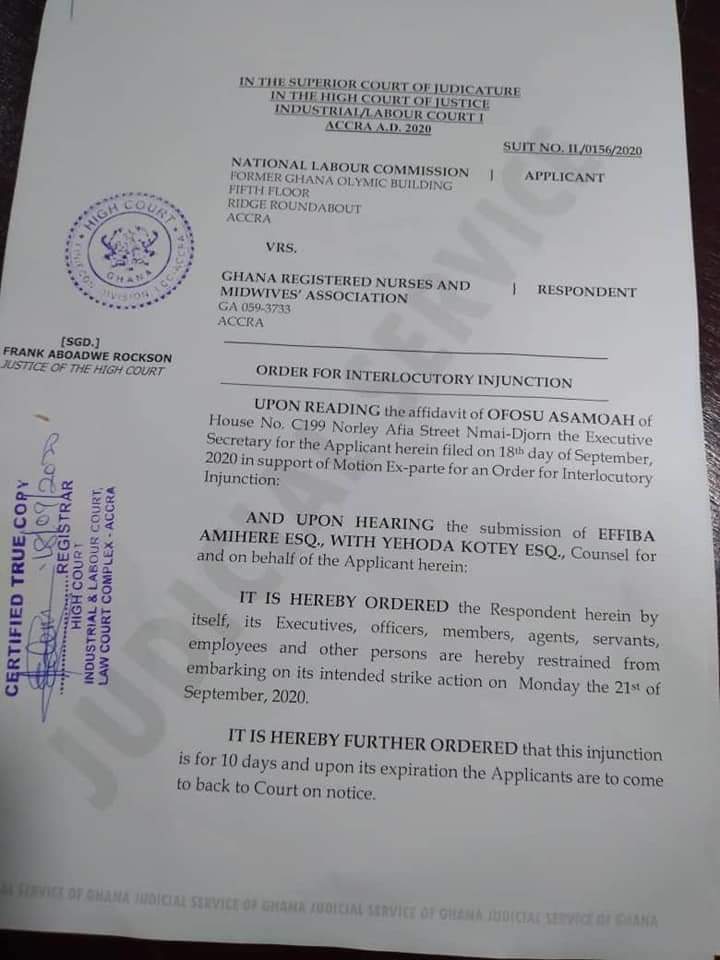 The GRNMA Thursday announced it will kickstart a sit-down strike beginning Monday, September 21 over government’s stance on negotiation on their conditions of service.

A press release by the GNMA noted “having reconvened in the meetings held on 15th and 16th September 2020 the posture of the Employer changed for the better but did not meet the expectation of the majority of Nurses, Midwives, Physician Assistants and Certified Registered Anaesthetists in Ghana.”

Meanwhile, a group known as the National Association of Registered Midwives Ghana made up of practising midwives in public health facilities in the country has distanced itself from a strike action planned.

NARM in a counter-statement said it was not part of the decision to withdraw services citing a pledge  it made in 2007 “not to resort to strike action as a way of pressing home demands for improved conditions of service as the absence of midwives in health facilities endangers the lives of innocent pregnant women and their unborn babies.”