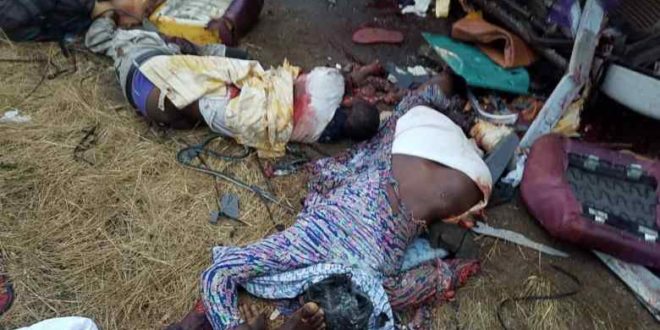 The death toll in two separate crashes in Ghana has risen to 23 in the last 24 hours.

Officials said that three more persons have now been confirmed dead after a truck crashed into two passenger buses on Tuesday — bringing the toll to 17.

Twenty-one others who got injured in the accident which happened at Kyekyewere on the Accra-Kumasi highway, are also receiving treatment at separate hospitals at Suhum, Nsawam, and Koforidua in the Eastern Region.

Authorities say six passengers also died on the spot after the cars they were travelling in were involved in a head-on collision at Gomoa Adam near Gomoa Anteadze on the Kasoa-Cape Coast highway in the Central Region.

According to media reports, 14 people were involved in the accident, with five people dying on the spot.

Seven persons who were in critical condition were immediately transported to the Apam Catholic Hospital for treatment. One person died in the hospital.

Two others have been treated and discharged, officials said.

Road accidents are a regular occurrence in Ghana, where the poor state of the motorways has been a source of social tension.

Such carnages normally occur on Trans-West African highways according to the Motor Transport Traffic Department (MTTD).

“Obviously when you begin to see trends like that…and as a country, we have the policy to dualize [the roads], and we have not been able to them”, said Director of Planning at the MTTD, Supt Alexander Obeng. 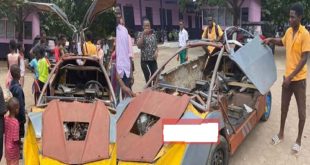