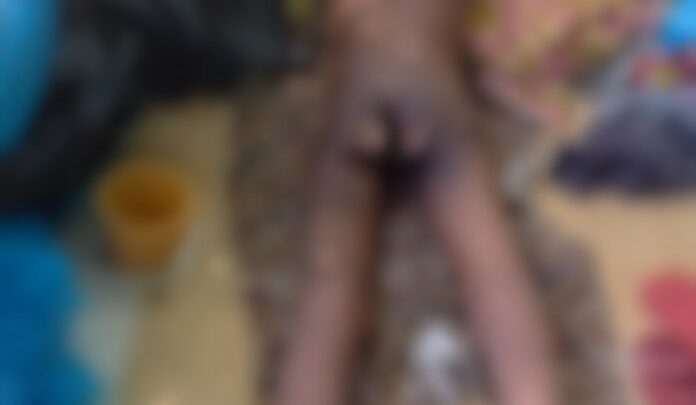 A 24-year-old man who was injured by a hit-and-run driver in 2014 now has his flesh and bones rotting due to lack of funds to receive the right treatment to save his life.

Mr Bless Faasemkye, also known as Sabbah, says due to poverty, his family members, except his mother, have abandoned him.

“My father says he is tired because all his money is finished,” he stated in an interview with the DAILY HERITAGE last Friday.

He is, therefore, appealing to benevolent individuals and organisations to come to his aid to save his life, “otherwise the only option is to patiently wait for my death, which l think would come in no time if the expected assistance doesn’t come for me to go through surgery.”

“I need money to undergo MRI and CT scans to determine the actual nature of my problem, as directed by doctors at the Korle Bu Teaching Hospital before my treatment can begin.

“Any philanthropic individual or organisation wishing to help me should please send the money through Mobile Money Number 0249109545 with the name Philip Antoh. Mr Faasemkye appealed to the public.

He says he was a Junior High School Form Two student when he was knocked down by a hit-and-run vehicle near a cemetery at Ablekuma, a suburb of Accra, while on a motorbike.

Mr Faasemkye who has been bed-ridden for six years since the incident, says the accident has changed his dream and aspiration of climbing up the educational ladder to any level his abilities could carry him.

Currently, Mr Faasemkye and his mother are housed in an abandoned plywood make-shift structure at Korle Bu because they cannot afford to rent any room in town.

He has developed sores on his buttocks, making it difficult for him to sit to the extent that his hip bone has begun to rot.

Narrating his ordeal to the DAILY HERITAGE, Mr Faasemkye appealed to Ghanaians to help him to pay his medical bills to undergo the two scans and also help to foot the cost of his surgery.

“I beg Ghanaians to help me to go through surgery so that I can walk again because I have been bed-ridden for the past six years,” he stated.

He recounted that on Sunday, September 21, 2014, around 12 noon at Ablekuma, near a cemetery, “I was sent on a motorbike with my friend and while we were trying to cross the road to the other side, we were hit by a saloon car speeding towards Pokuase and immediately my friend’s leg was broken and I couldn’t walk.”

Mr Faasemkye said onlookers managed to send them to the Korle Bu Teaching Hospital, “but when we got there, because my friend’s parents had money he was immediately treated and discharged but my family couldn’t afford the bills so after spending weeks there, I was discharged without full treatment.”

He said after spending some few weeks home, “someone directed my father to the Budumburam Camp to see a traditional healer and I spent over three years there.

“My father abandoned me there and at a point I realised that there weren’t any improvements in my situation, so I decided to come to Korle Bu again.

“If I will die, then it is better I die here at Korle Bu.” 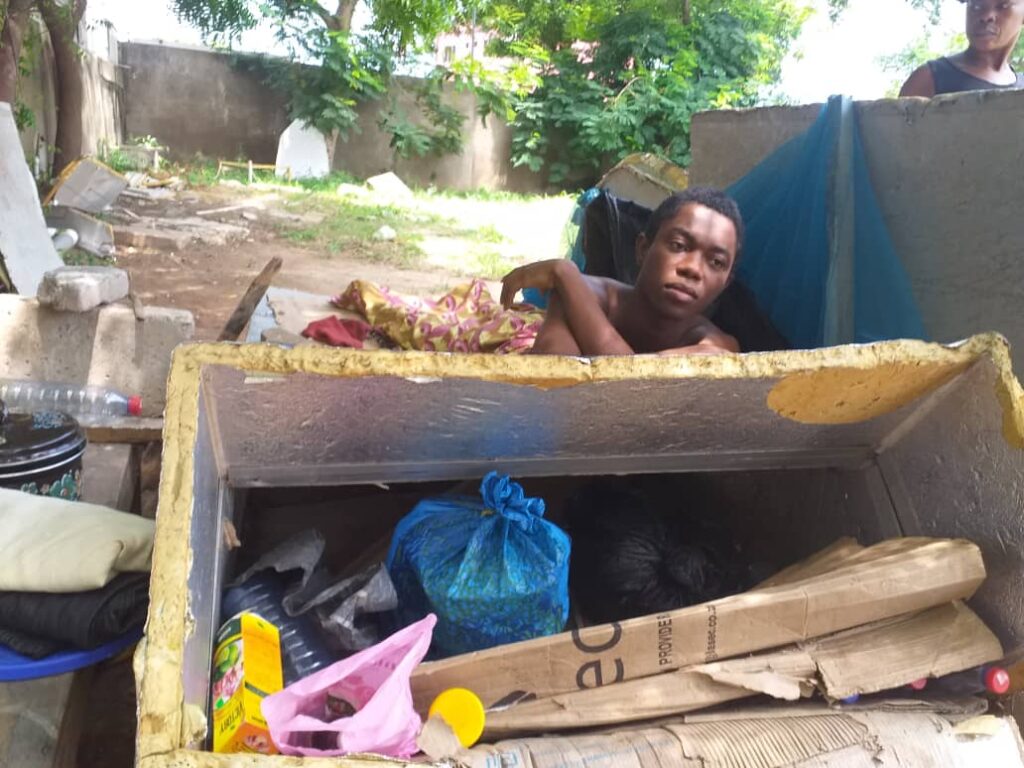 “When I got to Korle Bu, I was abandoned in front of the Emergency Centre, so I called my mother, who was then in Hohoe. We waited till the following day when we visited the Out Patient Department (OPD) of the Emergency Centre but we were told to go back to a polyclinic for a referral letter and after going through all that, there was no money to do the scans,” Mr Faasemkye said.

He said, “My mother managed to get a wheelchair, so we went to the scan unit and I was told that it would cost me GH₡2,150.00 for the two scans but no one could help me to raise the money.

“When the rains started, I was carried every day from outside of the Emergency Centre to the open space in front of the centre, until someone showed us this plywood make-shift structure, where I could stay. At least now, I am at one place waiting for God’s call or for someone to offer to pay my medical bills,” he stated as tears flowed from his eyes.

His frustrated mother, Mrs Akosua Sabbah, said immediately his son was discharged from the hospital in 2014, the landlord stated categorically that “we cannot continue to live in his house so he forcibly gave us a painful eviction even though we wanted to pay.

“At a point, my husband said he was tired so he also abandoned us, which brought some confrontation between us, so now I am just praying and hoping that God, through someone, will help my son because he has fought for six good years,” Mrs Sabbah stated.