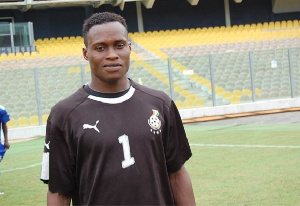 Ghana have produced some of the continent’s best shot-stoppers in the last two decades though a strong case cannot be made for glovesmen in the last five years of the period.

Some of the goalkeepers carved their niche domestically while some took their talent abroad to earn their name for their various clubs.

Ghana Sports Online have ranked the best five goalkeepers who have featured for the West African powerhouse taking into consideration their success at club and country.

Originally not meant to have featured for Ghana at the international level after coming out of the youth system in Norway. Despite being a Norway youth international Adam Kwarasey, whose father is a Ghanaian, declared his intention to play for Ghana in 2007 but had to wait to make his Ghana debut 4 years later in an AFCON qualifier against Swaziland.

His biggest game in the Ghana post came against a star-studded Brazil side featuring Neymar, Ronaldinho and Co. in an international. Kwarasey, 32, has been capped 24 times at senior level.

He is decorated enough at club level having won the Norwegian Tippeligaen and Norwegian Football Cup twice each with Stromsgodset and Rosenborg BK. He played for Ghana at the 2014 FIFA World Cup in Brazil.

Outstanding string of performances for Asante Kotoko and AshantiGold during his spells with the two rival clubs from the Asante region of Ghana. He earned the nickname Kigali for his outstanding display for Ghana during a World Cup qualifier against Rwanda in Kigali.

Owu appeared for the Black Meteors – Ghana’s Olympic Team, at the 2004 Olympic Games in Athens. He went ahead to make 9 senior appearances for Ghana but his heroics for Kotoko and Ghana during his short spell in the posts put him in strong contention for a place in the top 5.

Hugely considered a legend at AshantiGold and is ranked only second to Togolese goalkeeping monster Nibombe Wake after making over 200 appearances for the Miners in two separate spells. Dauda, 35, has 24 Ghana caps under his belt and the height of his goalkeeping career was reached when he featured for Ghana at the 2014 FIFA World Cup after replacing Adam Kwarasey as the No.1.

He was in post for James Kwasi Appiah’s charges when they held Germany to a 2-2 draw and lost to a Cristiano Ronaldo-led Portugal side and was the automatic starter in Ghana’s 2013 AFCON campaign in South Africa. He is ranked No.3 for his consistency and ability to capture the Ghana post at some point in his career.

Some consider him to be the best within the period after his consistent performance for Ghana at the 2006 and 2010 FIFA World Cups. For close to a decade Kingson became the face of Ghanaian goalkeeping after recapturing the No. 1 slot from Sammy Adjei just before the start of the 2006 FIFA World Cup in Germany.

Kingson has a whopping 90 appearances for Ghana and even scored once from his goalkeeping position – now that is unbeatable. After excelling in Germany with Ghana Kingson shifted his club career focus to England where he appeared for Birmingham City, Wigan Athletic and Blackpool. Sadly he received no winners’ medals despite his outstanding performances for club and country.

Right from youth level featuring the 1999 FIFA U20 World Cup in Nigeria to the 2002 AFCON in Mali Sammy Adjei became the definition of goalkeeper in his era and was ranked the best on the African continent. His performance against Nigeria in a knockout game in Mali still draws big memories for Ghanaian football fans coupled with his goalkeeping showmanship and masterclasses for club and country.

With Sammy Adjei in the Ghana post it was almost an insurance against conceding goals. He was capped 37 times by Ghana. He is a cult hero among Hearts of Oak fans and is considered a legend of the club after winning the hearts of the club’s massive followers with his unparalleled performance in between the sticks.

Despite the big rivalry between Hearts of Oak and their sworn enemies – Asante Kotoko, the opposition fans always took a bow for the Adjei his performance in post. He won the famous CAF Champions League and Super Cup with the club in 2000 as he played influential roles in the post and was destined to play at the FIFA Club World Cup but fate caused the cancellation of the competition. He won a staggering 7 Ghana Premier League titles with Hearts of Oak during his 12 year spell at the club. 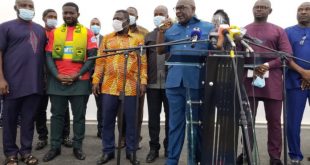 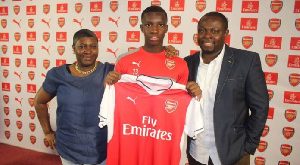 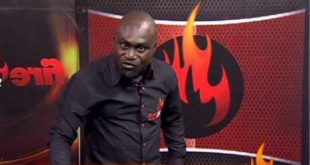 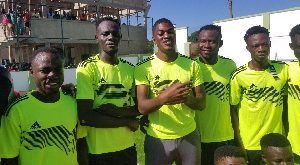