At least 180 bodies have been found in mass graves in northern Burkina Faso where soldiers are fighting jihadists, a Human Rights Watch (HRW) report says.

Over seven months, the bodies had been dumped near the town of Djibo in groups of up to 20, before being buried by local residents.

Burkina Faso’s defence minister suggested militants might be to blame.

“It is difficult for the population to distinguish between armed terrorist groups and the defence and security forces,” Chérif Moumina Sy told the campaign group in response to the findings.

But the minister said the government would investigate the allegations.

Burkina Faso, a landlocked country in West Africa, has been fighting Islamist insurgents with ties to al-Qaeda and the Islamic State group since 2016.

Corinne Dufka, Sahel director at HRW, said Djibo had been turned into a “killing field”.

The campaign group said the government should seek assistance from the UN and others to conduct proper exhumations, return the remains to families and hold those responsible to account.

The men had been found shot dead under bridges, in fields and along major roads within a 5km (three-mile) radius of Djibo between November 2019 and June 2020, HRW said.

HRW researchers interviewed 23 people in the town – including farmers, traders, herders, civil servants, community leaders and aid workers – who believed the security forces had detained the men as suspected members or supporters of Islamist militant groups.

“So many of the dead were blindfolded, had their hands tied up… and were shot in the head,” one community leader told HRW.

“The bodies I saw appeared in the morning… dumped at night on the outskirts of Djibo, a town under the control of the army and in the middle of a curfew imposed and patrolled by the army.”

Residents said the bodies they found and later buried had not turned up on days when they had been aware of clashes or battles taking place between the security forces and militants.

“At night, so many times I’d hear the sound of vehicles and then, bam! bam! bam! And the next morning we’d see or hear of bodies found in this place or that,” a farmer told HRW.

People in Djibo told HRW how 17 men were arrested near a market on Wednesday 13 May.

“I was in the market, when at around 10am, I saw two vehicles with about 10 soldiers drive up. I don’t know if they were gendarmes or army,” one resident said.

“I was too afraid to stare at them, but I saw they were in uniform, with helmets and vests and all held semi-automatic weapons. The 17 men had come from other villages to buy and sell that day. I recognised many of them, who worked as blacksmiths.”

The next day the bodies of 17 men were found along a path in an area of the town called sector five near the airfield.

“They were killed as darkness fell. I saw a vehicle from afar, coming from the direction of town,” a sector five resident said. “Sometime later we heard shots. Around 15 minutes later the same vehicle returned, this time with the headlamps on.

“On Thursday 14 May, around 9am, we discovered the bodies – eight on one side close together… their faces covered with their shirts – and around 20m [65ft] away, nine more bodies. They’d been shot in the head.”

According to HRW, an ethnic dynamic underscores the violence in the north where jihadist groups largely recruit from the nomadic Peul or Fulani communities.

Most of those found dead near Djibo were Peul, who are perceived to support the armed Islamists, the HRW report says.

How serious is the jihadi threat in West Africa?

The security crisis in the Sahel began when an alliance of separatists and Islamist militants took over northern Mali in 2012. France then launched a military intervention against them.

Although a peace deal was signed in 2015, it was never fully implemented.

New armed groups have since emerged and expanded to central Mali, Burkina Faso and Niger, including groups linked to al-Qaeda and the Islamic State group (IS). 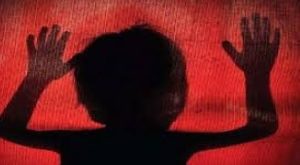 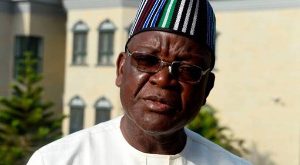 Boy, 4, falls to his death from 6th floor of apartment 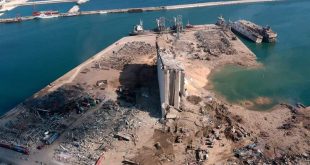 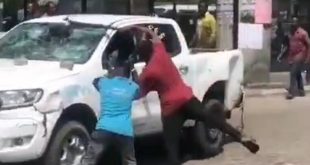