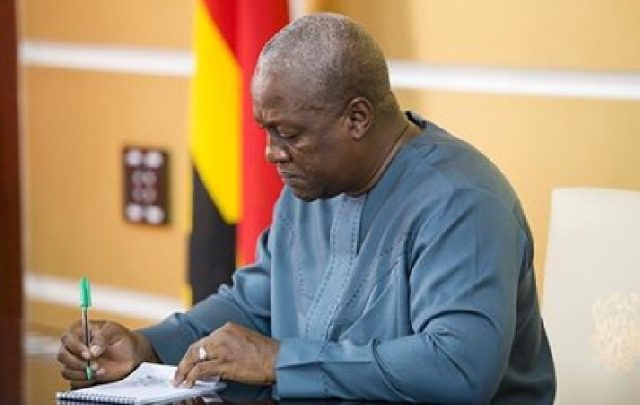 Youth Organizers of the opposition NDC are reportedly unhappy with former President John Dramani Mahama over what they say is his failure to seek their opinion on his running mate selection.

After a crunch meeting on Monday afternoon, the youth Organizers are especially unhappy with rumours that former Education Minister Jean Naana Agyemang has been selected as the running mate.

“How can you select someone who was fighting for the scrapping of the lecturer’s research allowance and teacher trainee allowance as a running mate?”, one of them who spoke to on condition of anonymity quizzed.

“For us, we have met and taken our decision and waiting for him to come and announce his choice to us. If he announces her we will not have a campaign so we will just sit down”, he added.

National Council of Elders yet to meet

Per the plan for Monday, the National Council of Elders were expected to meet early in the morning before the National Executive Council will also meet to finalize on the choice of running mate. However, as at 1:15 pm, neither of the meetings had started and this was a worry to the youth organizer who spoke to Starr News.

“As at now the Council of Elders have not met yet. How is that? he quizzed.

As at the time of filing this report, several members of both the national council and national executive committee were trouping into the national headquarters of the NDC for the two separate meetings.