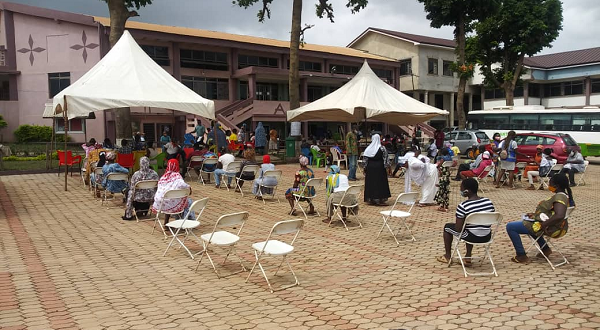 Seven out of twenty-one final year students of Asanteman Senior High school allegedly bused by a tutor Bismark Okyere to register in the Asawase Constituency have been arrested.

One student was first arrested when he was spotted in a queue attempting to register.

The student upon sensing danger following the anger of the NDC supporters at the registration centre, attempted to run but luck eluded him when he was apprehended.

The timely intervention of the Incumbent MP for the constituency Muntaka Mohammed halted attempts by supporters of the NDC to pounds on him.

The student then confessed he was bused to the registration centre by his teacher with 20 other final year students.

He quickly pointed 6 other students who were already in queue to register. They were also arrested.