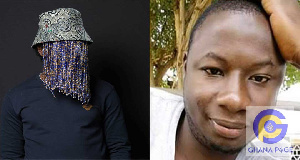 Investigative journalist Anas Aremeyaw Anas has stated that the Tiger Eye PI group members always miss their colleague Ahmed Hussein-Suale who was murdered by some unknown assailants on 16 January 2019 in Madina, Accra.

According to him, the gruesome murder has been a difficult moment for him and his team to deal with.

“I’m affected, the family of Ahmed Suale is affected, we always miss him. One thing Ahmed will always say to me is that ‘Boss if you should lose your life in this fight, I’ll not give up, I’ll push on but if I should lose my life, please please don’t give up because whatever you do is very necessary for society,” Anas told TV3 of Accra.

Anas added that whatever those who feel threatened by his work say about him will not stop his team from exposing them and if anybody feels threatened by the Tiger Eye PI work, they should resort to the courts.

“The bad guys will always look for us, they’ll always insult us, they’ll go to places mentioning names but at the end of the day, the good thing about this country is democracy and the courts are there and the evidence that you can see. All the people who go about and lie about us, today look at them in court…it’s just a matter of having patience and letting time do the talking,” Anas said.

Many were thinking that Anas’ latest work will expose some ‘high-profile’ individuals in society but his undercover investigative piece rather captured some quack doctors selling herbal concoctions to the general public which they claim cured COVID-19, the disease caused by the novel Coronavirus.

Speaking to TV3 after premiering “Corona Quacks” on Monday, June 29, the investigative journalist observed: “I presume people want to say that bring down the politician. But if you go into history, you’ll realize that these are stories I do.”

He continued: “You are telling me to forget everything about the pandemic and because you have political interests and you want to see a politician fall, I should just follow my instincts when my grandmother is thinking of how to cure herself of the pandemic; when things that are supposed to be for the general public are being stolen by certain people. Is it [about] somebody’s parochial interest of assassinating or bringing someone down or what will serve the general public and put us in a good light?”

Anas explained that the issue of quack doctors and the global pandemic was of interest because he realized that some herbal medicine sellers were taking undue advantage and selling all kinds of things to the vulnerable.

“We were all in a state of panic especially when you have a pandemic you don’t have a cure for and years of experience tell me that this is how criminals thrive. They look at a situation and take advantage of it. So, I knew definitely that you were going to find people who were [in this],” Anas explained further the rationale for investigating the matter.

Ahmed Hussein-Suale who played a key role in the investigative piece of Anas’ Number 12 that bothered on corruption in football was reportedly shot thrice: twice in the chest and another in the neck at around 11pm as he was on his way home.

The unidentified men were said to be two persons riding a motorbike. He was rushed to the Police Hospital, Accra, but was confirmed dead on arrival. Various civil society organizations have called for thorough investigations into the matter.

It is believed that his killing was in connection with the investigative work he had done, especially, “Number 12” which exposed the rot at the Ghana Football Association where referees and high-ranking officials took bribes and deliberately made wrong judgements. The alleged murder caused global outrage. The perpetrators are yet to be identified.