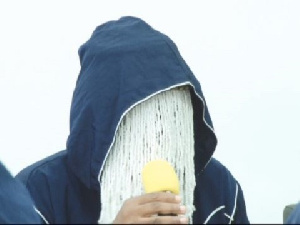 Ace investigative journalist Anas Aremeyaw Anas says he was driven by the need to protect the public from herbal medicine peddlers in undertaking his latest investigation.

The latest undercover work, which was premiered on TV3 on Monday, June 29, exposes quack doctors who sold herbal medicine said to cure the novel coronavirus to unsuspecting members of the public.

Before the premiere on the piece titled ‘Corona Quacks’, many were expectant another high-ranking public official will be exposed.

But same appeared disappointed since the work did not cite any public officer.

But in an exclusive interview on TV3’s News @10 on Monday, Anas told host Martin Asiedu-Dartey that the piece is not unusual of him.

“I presume people want to say that bring down the politician,” he observed.

“But if you go into history, you’ll realise that these are stories I do.”

He further explained that he owes it an utmost duty to the general public to expose issues affecting members rather than to pursue any individual or group’s parochial interest.

“You are telling me to forget everything about the pandemic and because you have political interest and you want to see a politician fall, I should just follow my instincts when my grandmother is thinking of how to cure herself from the pandemic; when things that are supposed to be for the general public are being stolen by certain people.

“Is it somebody’s parochial interest of assassinating or bringing someone down or what will serve the general public and put us in good light?” he quizzed.

Anas Aremeyaw Anas indicated that he is motivated by what the generality of the people is concerned about.

For that matter, he explained, he took keen interest in the coronavirus pandemic particularly when he was unable to travel outside the country as a result of the closure of Ghana’s borders.

“We were all in a statement of panic especially when you have a pandemic you don’t have a cure for and years of experience tell me that this is how criminals thrive. They look at a situation and take advantage of it.

“So I knew definitely that you were going to find people who were [in this].”

He has promised that a sequel to this new investigative documentary will be released in a fortnight.