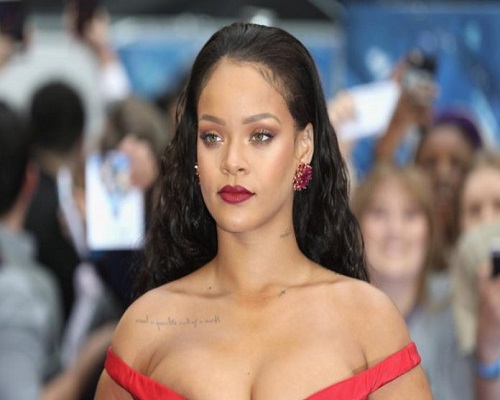 World-renowned singer Rihanna has spoken out for the first time on the murder of black American George Floyd by a white police officer.

According to Rihanna, the murder has left her angry, sad, and devastated – she’s essentially broken from the racism on display.

Rihanna took to Facebook to send out her first response to the issue this morning.

She wrote: “For the last few days, the magnitude of the devastation, anger, a sadness I’ve felt has been overwhelming, to say the least! Watching my people get murdered and lynched day after day pushed me to a heavy place in my heart! To the point of staying away from socials, just to avoid hearing the blood-curdling agony in George Floyd’s voice again, begging over and over for his life!!! The look of enticement, the pure joy, and climax on the face of this bigot, murderer, thug, pig, bum, Derek Chauvin, haunts me!! I can’t shake this!

African American George Floyd was killed earlier this week after a white police officer, Derek Chauvi, placed his knee on his neck for several minutes during an arrest.

Despite crying out that he couldn’t breathe, the officer kept his knee on his neck for a while.

Floyd eventually died, leading to a wave of massive protests in the U.S over another police officer killing an unarmed black man.

For the last few days, the magnitude of the devastation, anger, the sadness I’ve felt has been overwhelming, to say the least!…