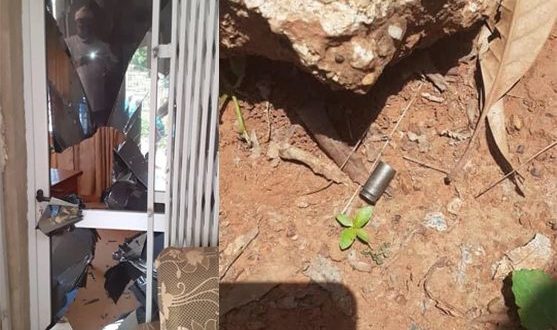 Police On Manhunt For Suspect Over Shooting At NDC Office

The Northern Regional Police Command has launched a manhunt for one Jalil who is believed to be the leader of “Aluta Boys” a vigilante group affiliated to the National Democratic Congress(NDC) in the Northern region in connection with the shooting at the party’s office.

The Northern Regional Crime Officer, Supt. Otuo Acheampong told DGN Online that on May 8, 2020 about 11:50am the Regional Secretary for NDC in Tamale Mohammed Abdul Salam called at the RCID/ Tamale and reported that same day about 1050 hours, a group of young men numbering about 10 led by ‘Aluta boys ‘ Chairman one Jalil on motorbikes besieged the Regional Office of the NDC in Tamale with guns and fired indiscriminately.

According to him, the boys used stones to smash the party Secretary’s Office window, Reception door and glass and left the scene.

Supt. Acheampong said the scene was visited by the Regional crime scene management team and two empty shells were retrieved suspected to be pistol ammunitions.

He appealed to the party supporters and residents to volunteer information to assist he police apprehend the suspects who attacked the party office.

Some youth believed to be affiliated to the National Democratic Congress(NDC) in the Northern region, have vandalized party properties in Tamale.

It is believed that the attack is in connection with the suspensions of some regional executives over an alleged diversion of Ramadan sugar meant for party supporters in the region.

The National Democratic Congress in the Northern region suspended its communications director and other executives indefinitely over Ramadan sugar.

Meanwhile, the suspended NDC executives have rubbished the suspension claiming they are still at post as executives of the party in the region.

Information gathered by MyNewsGh.com indicates that some youth of the opposition National Democratic Congress (NDC) in the …