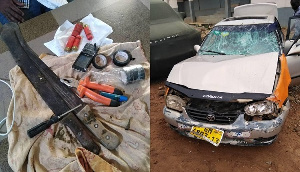 A suspected armed robber has been shot to death in a shootout with a police personnel at Aboaso near Mamponteng in the Kwabre District in the Ashanti Region.

Two of his accomplices are said to be on the run and are being tracked by the police.

According to official police sources, a patrol team on Saturday dawn spotted a Toyota corolla taxi cab with registration number GM 4893 – 13 with two other male occupants on board and signaled the driver to stop.

The driver who ignored the signal instead, fired at the police two times but they returned fire and a bullet hit the driver.

He lost control and the car eventually ran into a stationary Kia Pregio mini bus parked in a nearby fitting shop.

The two accomplices on board, immediately alighted and bolted but a team of investigators on arrival at the scene found out that the driver of the vehicle was dead behind the steering wheel.

A search conducted in the taxi revealed 16 live goats and one sheep found in the boot and at the back seat. Some of the animals had their mouths tied up with black cello tape.

Two used AA cartridges were also found at the spot where the suspects fired at the police.

The body of the deceased driver has since been deposited at the Methodist Faith Healing Hospital at Ankaase for preservation, identification and autopsy. 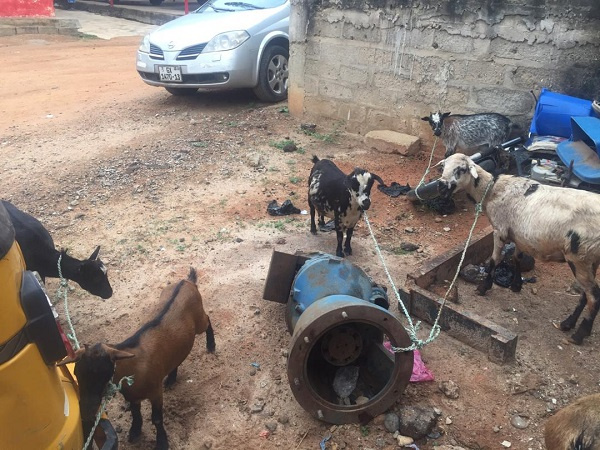 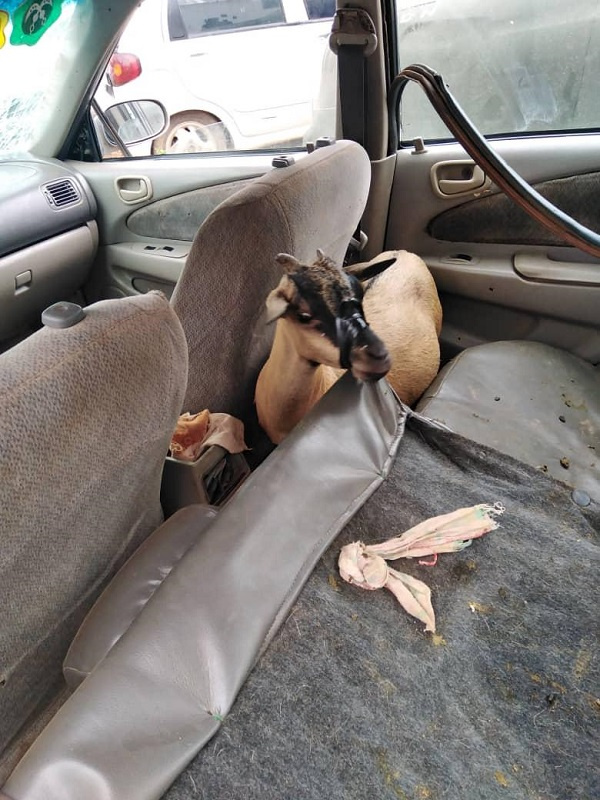