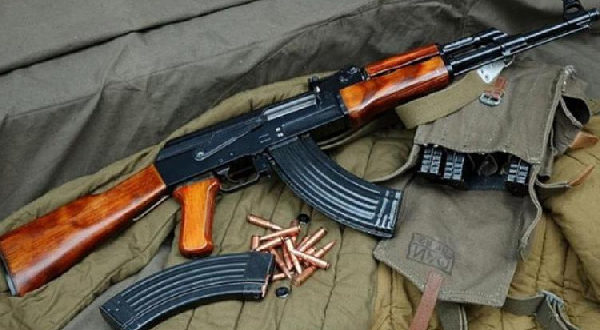 A police rifle loaded with about 30 rounds of ammunition and nine extra rounds that went missing at Sogakope Charge Office in the South Tongu District of the Volta Region has been found at Sarpeiman near Amasaman in Ga West Municipality of the Greater Accra Region.

The weapon, it would be recalled, got missing on March 7, 2020 and two police officers, Lance Corporal Sarfo and one Constable Yeboah Charles were arrested and detained to assist in the investigation.

Latest information gathered by MyNewsGh.com has revealed that the rifle with Number 5426 without magazine was last Thursday found at Sarpeiman.

Police reveal that a resident at Wachild Estate (name withheld) visited the station with the weapon and explained that he exited his uncompleted room to use the washroom outside and spotted a thief in his compound.

He raised an alarm and pursued the thief who was at a distance but the suspect left the rifle on the ground and bolted. He, therefore, brought the rifle to the station

Police indicated that they proceeded to the scene and a brown magazine with 25 rounds of ammunition was retrieved and retained for further investigations.