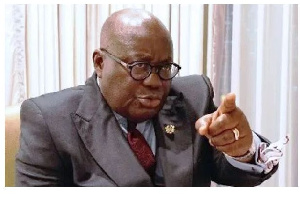 Report corrupt govt officials to my office – Akufo-Addo to diplomats

President Nana Addo Dankwa Akufo-Addo has asked diplomats in Ghana to help his government fight and win the war on corruption.

Addressing members of the Diplomatic Corps at this year’s Diplomatic New year Greeting Ceremony at the Peduase Lodge in the Eastern region, the President urged the envoys to expose sleazy state officials to aid the fight against corruption and enable him build a transparent government.

“Should you, members of the Diplomatic Corps, be notified of any evidence of corruption against any of my appointees, I insist that they be shared with my office to enable action to be taken on the matter. That is better for our relations than unspecified generalized pronouncements on corruption,” he said.

President Akufo-Addo held that corruption was a strong constraint on growth and development and undermined political legitimacy, thus he would spare no effort to consolidate the socio-economic gains that his administration had made in office, saying, “I did not come into politics to enrich myself but to serve the public interest.”

He said though the fight against corruption cannot be won overnight, “I am determined to build in Ghana a culture of transparent open and accountable governance that will be the equal of any on the face of the planet.”

President Akufo-Addo pointed out that 21 officials of the previous administration were currently standing trial for their alleged involvement in acts of corruption or causing financial loss to the state.

He vowed not to shield any of official of government found to have engaged in acts of corruption, and said even though two of his appointees were currently facing investigations, a number of allegations against some of his officials had been investigated without pressure from the Executive, and have come out false.

President Akufo-Addo informed that diplomats that government had taken to bold measures to sanitize and strengthen the banking system, which had led to the safeguarding of the deposits of 4.6 million Ghanaians.

He said the prosecution of persons whose actions led to the crisis was ongoing, adding that the government is on the move to sanitize the energy sector as well.

The President further informed the diplomats that his government had put the country on the path towards a prosperous future with the concrete steps taken to restore macroeconomic stability and economic growth.

He said the country had made significant strides in all sectors of the economy and had deepened its democratic credentials which reflected on its status as a country governed in accordance with respect for human rights, rule of law and the principles of democratic accountability.

“After three years of discipline and innovative economic management, the results have been remarkable,” he stated.

The President assured the diplomatic community that this year’s election would be held in an atmosphere of peace, and that no effort would be spared to ensure the polls are free, fair and credible.

He was optimistic that Ghana would continue to shine as the doyen of peace and democracy on the continent. 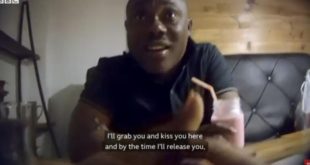 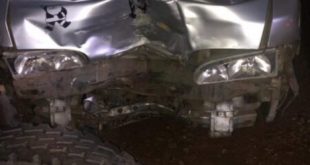 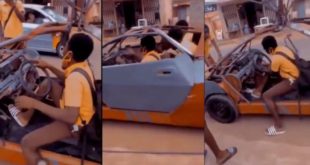