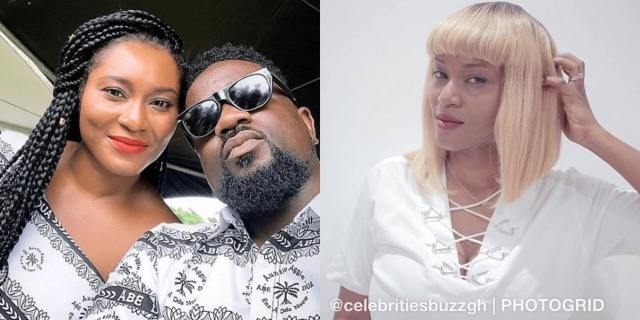 PHOTOS: Sarkodie savagely replies a fan who asked why Tracy Sarkcess is bleaching

Around January 2019, rapper Sarkodie’s wife, Tracy Sarkcess posted a photo that sparked rumours that she was bleaching.

In the photo, she looked much fairer than how she used to be.

Ever since trolls online try to get to her or Sarkodie with the bleaching allegations.

Ever since trolls online try to get to her or Sarkodie with the bleaching allegations.

Something the celebrity couple always turn blind eye to.

However, another fan attempted asking Sarkodie that stupid question and he received a stupid answer in return.

The guy tweeted at Sarkodie asking, :Why is Tracy bleaching?

In reply, Sarkodie wrote: “Cos your mum won’t stop selling the cream boss”. 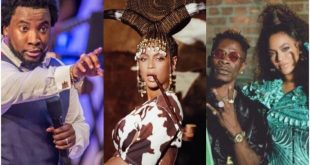 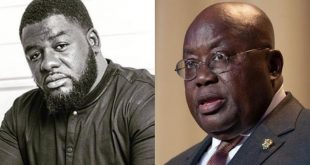 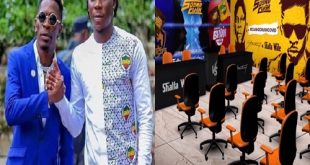 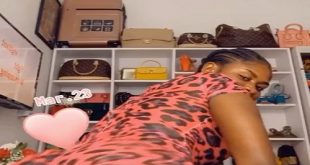 Kumawood actress and singer, Yaa Jackson is arguably the most controversial young celebrity in Ghana. … 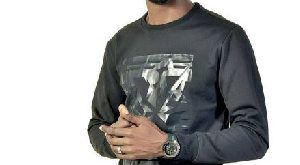 After bragging to be the best actor in Ghana, Kwaku Manu has revealed how some … 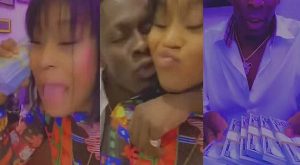