Some songs which were released in 2018 still enjoyed rotation in 2019 prolly because they were too hot to be kicked out by the 2019 records or were released in the last quarter of the year, hence, their dominance in the subsequent year.

Stonebwoy’s ‘Kpo Keke’ which featured Medikal, DarkoVibes, Kelvyn Boy and Kwesi Arthur; Medikal and Agbeshie’s ‘Wrowro’; Kuami Eugene’s ‘Wish Me Well’; Diana Hamilton’s ‘Mo Ne Yo’; Obaapa Christy’s ‘Woasue Me’; Patience Nyarko’s ‘Obi Nnyane Me’ among others are still being enjoyed by many this year.

Although some analysts argue that 2019 has relatively not produced monster hit songs, some tracks cannot go unnoticed when a list of Top 20 Songs of 2019 is compiled as their popularity were profound.

Medikal cemented his popularity and position in the music industry with ‘Omo Ada’, a song produced by UnkleBeatz and released in January. The song was played on radio, TV, restaurants, weddings with fans doing the ‘dem sleep’ dance. The remix which featured his girlfriend Fela Makafui and Shatta Wale was a big deal as it topped charts for months.

Derick Obuobie Jnr was a new face in the showbiz world. Trading with the name J. Derobie, obviously coined from his real name, the budding artiste, in January released a self-written, reflective record – Poverty. The song featured Mr. Eazi and was produced by UglyOnit. The content resonated with the people, hence the acceptance and the buzz around it.

January saw a beautiful collaboration between Lynx Entertainment act KiDi and Ground Up Chale’s Kwesi Arthur. For the ‘bad man’ was envious of KiDi following the success he had chalked in the music industry, Nyame mpe saa so don’t jealous him.

While feeling okay, Quamina MP issued a warning to boys in relationships. He was ready and poised to snatch their girlfriends. He recruited Medikal and released the self-produced song in February. For those who attend events, no DJ leaves without dropping this song. True or False?

In March, an anthem was born and it came from a new artiste, Fameye. With a unique voice texture, Fameye caught the attention of many. Another masterpiece with production credit to B2, the tune indirectly advised people not to be envious of others as those they envy may not have achieved anything significant in life. He’s got nothing but people envy him – Nothing I get!

Ground Up Chale artiste Kwesi Arthur teamed up with Oluwatosin Ajibade, better known by his stage name Mr Eazi for ‘Nobody’. Produced by MOG, the song talked about a guy who was in love with a lady so much that he wanted nobody apart from her. In fact, if you have a misunderstanding with your partner and want it resolved, this is the song! It was released in April.

Another artiste from the camp of Ground Up Chale Kofi Mole also had a hit song. Titled ‘Don’t Be Late’, Mole says he composed the song as a result of how painful it was when his girlfriend left him. ‘Don’t Be Late’ was produced by Kobby Jay and released in April.

Arguably one of the biggest collaborations in 2019! Stonebwoy featured Jamaican singer Beenie Man of a banger titled ‘Shuga’ with production credit going out to Street Beatz. It was released in April.

RuffTown Records signee Wendy Shay in May released ‘Steve Wonder’ which featured Shatta Wale. Punctuated with innuendos, the song was about how Wendy Shay had become a hot commodity in the music scene to the extent that it irks haters. If you hate her because of the feet she has achieved, die! – she said in the song. It was produced by MOG.

Produced by B2, a member of the group, ‘Zanku’ had massive airplay and was loved by many music enthusiasts. The song which was released in May, was part of every event DJs playlist and saw people do the ‘zanku’ dance to show how they loved the tune.

The battle over supremacy was ignited in June when Medikal and Strongman engaged in a lyrical war. ‘Don’t Try’ was a response to Medikal’s ‘To Whom It May Concern’ after Medikal who is the reigning Rapper of the Year, jabbed him and other rappers. ‘Don’t Try’ was full of punchlines and was rated high by many. ‘Big body, big body nso w’adwene ketewa se coins’ – Remember?

Ahead of his ‘As Promised’ album, Legacy Life Entertainment act King Promised released ‘Bra’. The love song featured the music maestro Kojo Antwi and was produced by Guilty Beatz.

Melissa, a joint production by Paq and Da Maker, was released in July. The highlife song was pleasing to the ear as people readied to sing along and dance to it as soon as they hear the catchy intro. The song came with its colourful video.

After the collaboration with Beenie Man, Stonebwoy featured another international artiste, this time, a Nigerian. Teni was featured on ‘Ololo’, a song produced by Ipaapi and released in September.

Dada Hafco released an inspirational song, ‘Our Story’ in September. Like all his records, the highlife song had sweet melodies, catchy hooks, chorus and verses. The introduction of Fameye complimented the song produced by DDT.

Touted as one of the best songwriters the country can boast of, Kofi Kinaata added to his catalogues a masterpiece in October. Produced by Two Bars, ‘Things Fall Apart’ pricked the conscience of the masses as Kinaata threw light on the ‘dirty’ lives of people. In fact, all the part time Christians who aimed to fight full-time devils loved the tune.

He was overwhelmed by how people sing his songs from the beginning to the end. Yes, obiaato ne nnwom, whether you like his fashion sense or not! And to express how he felt, Kuami Eugene released ‘Obiaato’ in October. It was produced by Jaysynths.

Joyce Blessing sang praises unto to name of the Almighty for the mercies despite being a descendant of Adam. “Last night I met Yeshua Hamashiach; says he’s coming down today to perform a miracle for you and I – the descendants of Adam,” parts of her first verse said. ‘Unbreakable’ Joyce Blessing released the mid-tempo song in October. It was produced by the highly spiritual Kaywa.

‘Oofeetso’ was released in November after Sarkodie successfully organized Tema Music Festival. It stoked controversy with many suggesting the song was directed at Shatta Wale who had been subtly jabbing Sarkodie.
‘Dem say you no go fit do wey you do dem shock’, sang Prince Bright who was featured on the song. The song was produced by MOG.

There is a reason this song was released in April but not fixed somewhere in the middle of this script where it belongs. We are breaking the rules! We won’t follow the norm! See erh, this song, although does not possess the quality the aforementioned and others have, it broke boundaries, tore territories and became an anthem in all parts of the world, thanks to Patapaa’s scopatuma lines. Remember the ‘scopatuma challenge’ and the fact that Atletico Madrid jumped unto the trend? Yo, alatosweeeee! 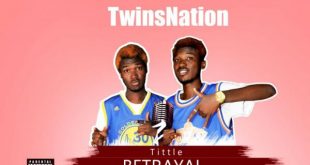 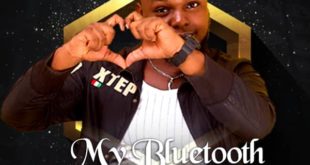 DOWNLOAD MP3: My Bluetooth By Honey Bee (Prod by RayRock)

New Single: TwinsNation – Where Were You 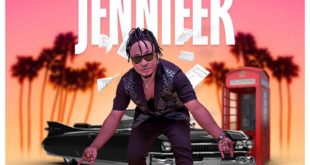 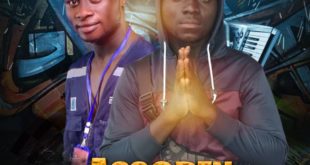 1FDK, one of the most decorated talented artist has kept to his words. The rapper … 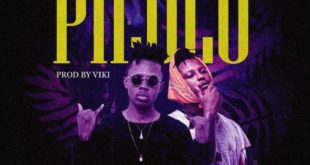