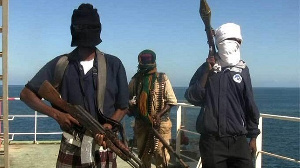 5 Ghanaians kidnapped by Somali pirates since 2010

One of the survivors of the Somali pirate kidnapping, Mr Jewel Ahiable, in an interview with Atiewin Mbilla-Lawson on World Today Extra on Starr FM said he and the others were hijacked by eight pirates.

“All our phones were seized and we were unable to communicate to rescue mission,” he said.

Mr Ahiable said a security guard was badly injured after suffering a gunshot during the attack and “all what the pirates needed was money”.

The Executive Director of Centre for Maritime Law and Security Africa, Dr Kamal Deen Ali, reacting to the pirate-kidnapping issue said, the Gulf of Guinea remains “a high-risk area for piracy and armed robbery since 2008 till date”.

According to Dr Ali, about 400 pirate-kidnapping were recorded between 2008 and 2009, and all the kidnappings were successful. He said the kidnappers negotiated for 50 and 12 million dollars respectively.

He said the region makes up 86% of hostage-taking of crew members and 82% of crew kidnappings.

“Although the incidents have gone down these days, the Gulf of Guinea continues to be a concern for piracy and armed robbery and it related activities with kidnapping of crew members and increasing in both scale and frequency,” he added.

Other countries in the Gulf of Guinea which have seen instances of attacks on vessels include Cameroon, Equatorial Guinea and Ghana. 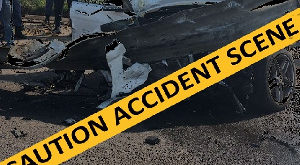 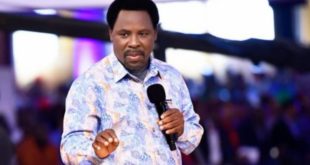 Nigerian prophet, leader, and founder of The Synagogue Church of All Nations, Temitope Balogun Joshua … 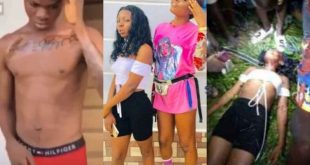 A guy and two women have lost their lives in a fatal vehicle accident. The … 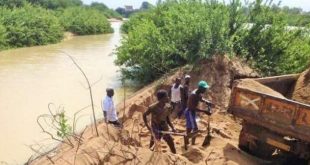 Despite the ban on illegal mining in the country, a group of Chinese miners have …