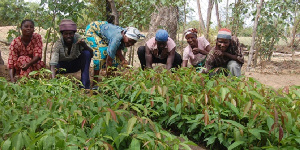 Farmers to boycott elections over poor living standards in Fanteakwa

Residents in some farming communities in the Fanteakwa North District of the Eastern region have threatened to boycott the upcoming MMDCE’s referendum and subsequently the Presidential and Parliamentary elections if deplorable roads linking their communities are not rehabilitated.

The farmers say their general living conditions continue to worsen due to governments failure to address their infrastructural needs particularly on the construction of roads and bridges, provision of health facilities and school.

Many farm produce is not able to reach the market due to the unmotorable roads a well as a collapse of a wooden bridge in the area.

However, the deplorable state of road linking these communities from Begoro and the absence of a bridge over River Yaayaso makes it an excruciating task for farmers to convey their farm produce to the market to generate income. The only relatively viable mode of transport is the use of Motorbikes and tricycles and even with that, it is impossible to ply when it rains.

“Our road is bad. From Begoro to Oboho to Yaayaso, look at the road as if we are not Ghanaians. Here, we cultivate everything and when you come here on market days you will feel sorry. No car is able to move to the villages so we have to use motorbikes and tricycles to transport the goods through the muddy road to a point before a vehicle can come for it,” one farmer said.

A recent rainfall washed away two makeshift wooden bridges constructed over River Yaayaso by residents.The Farmers were seen salvaging the situation to at least help women and children, in particular, cross the river.

“For the past two weeks our wives are unable to go to the market so we have not been able to get fish to eat. When it happens like this nobody can cross if you try you will drown,” another farmer lamented.

The arable lands in the area attract many youth from the Northern part of Ghana who migrate to farm.

Hamza Atiya, is among a group of fifteen (15 ) young men from Bawku farming in the area. He also lamented over the situation saying the poor road network is discouraging them.

An opinion leader in Yaayaso community, Abraham Narh, said they have resolved not to take part in any national election including the upcoming Referendum.

“When a pregnant woman is in labour unless you carry her in a cloth. We use orthodox way to make the cloth like a stretcher to carry her to a place a car can for us.

Another issue of concern to the farmers is noticed by some Chiefs in Akyem Begoro asking settler farmers in the area to leave lands which have been leased to for rearing of cows. A similar incident this year led to injuries of some residents and killing of about 300 cows.

According to the farmers, they have petitioned various heads of security and government officials to intervene to avert tribal war between krobos and Akans. 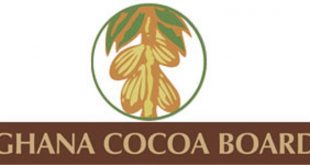 Government set to increase price of Cocoa this year 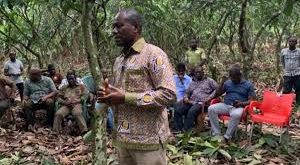 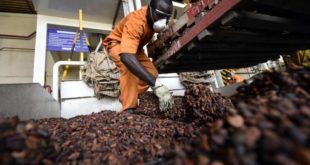 Export of cocoa beans and products increased by 5% in 2019

Exports of cocoa beans and products increased by 5.0 per cent to US$2.29 billion in … 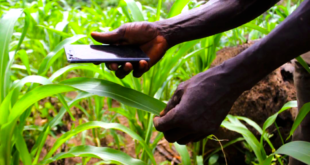 Is Technological Innovation in Agriculture Enough to Secure Food Security in Ghana? 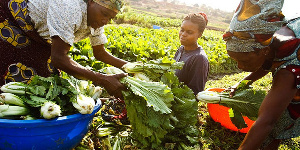 To make agriculture attractive to big investors, government must invest heavily in infrastructure that will …