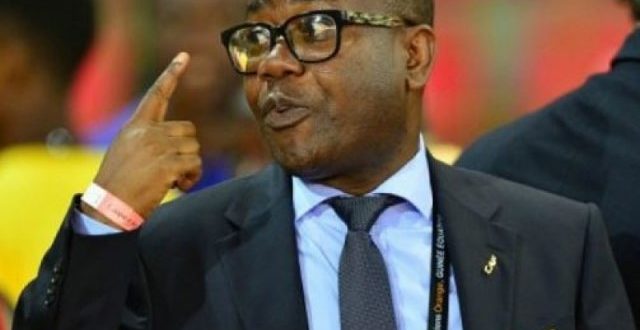 Former Ghana Football Association President Kwesi Nyantakyi is returning to football politics in a big way – but not in a front line role. Nyantakyi, leader of the nation’s football governing body from 2005 to mid-2018, will be key to the destination of the GFA presidential elections on October 25.

Despite serving a life ban from football worldwide, Nyantakyi’s sheer breadth of knowledge and experience gained over his 13-year stay in office cannot be overlooked as the FA look for a new leader.

Crucially, it was the former Wa All Stars owner who breathed life into the football careers of many of the favourites for the elections, especially four seen to be the main candidates: George Afriyie, Wilfred Osei Kwaku (aka Palmer), Kurt Okraku and Fred Pappoe.

A look at the last decade of each of these candidates’ careers shows they could not have achieved anything meaningful in the local game without the blessing of Nyantakyi in one form or other. Such is his influence, and it says a lot that none of the major contenders for the GFA throne have ever said a bad word about the former Fifa Council member, despite the public fall he suffered due to the June 2018 Anas sting.

So, who does Nyantakyi support?

Osei Kwaku is running a campaign under the acronym ‘P4P’ (Palmer for President), which hits full gear following the confirmation of nomination procedures at close of business on Friday.

Starting this weekend, Nyantakyi is expected to quietly lobby key stakeholders to make the Tema Youth owner his heir.

Indeed, Joy Sports understands that the camps of Palmer and Kurt Okraku have been seriously courting Nyantakyi for his endorsement within football circles, recognizing the power he still wields.

George Afriyie, the other heavyweight contender, suffered a breakdown in relations with Nyantakyi about 20 months ago, which led to Afriyie being removed as Vice President of the FA. It has therefore been difficult to lobby Nyantakyi for support.

Joy Sports understands that were it not for this strain in their rapport, Afriyie would have been the standout man for the former GFA boss. As it is, among the front-liners for next month’s elections, Palmer remains the only man standing to have openly supported Nyantakyi to the very end of his tenure, regularly putting his credibility on the line to defend the administration’s policies.

It is understood that Nyantakyi sees his quiet endorsement of Palmer’s campaign as a reward for this loyalty. In fact, until the former FA boss and Afriyie had their misunderstanding, Afriyie was his most trusted lieutenant, which is why he was made FA Vice President in 2016.

How crucial will Nyantakyi’s support be?

Despite the influence the former FA boss wields among football administrators, getting his support will be a double-edged sword.

On one hand, some of the Regional Football Association chairmen who controlled affairs during the last 13 years got that power through their work with the former FA boss. It would be, thus, difficult to see them turning a deaf ear to whoever Nyantakyi supports.

However, there remain a lot of delegates who will vote in the elections who want to make a clean break from the Nyantakyi era. The lingering perception among these is that a vote for any candidate endorsed by the former FA boss is a vote for continuity of the last era, together with all its failings.

Whether Nyantakyi’s support for Palmer will make a decisive impact in the elections remains to be seen.