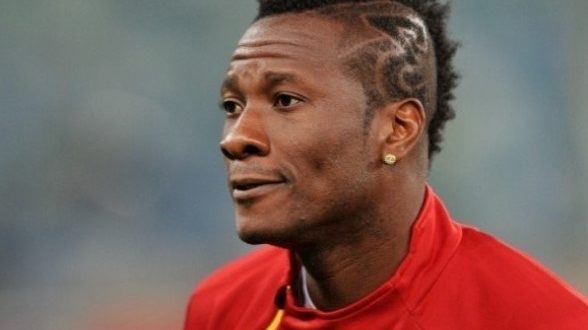 Former Ghana captain Asamoah Gyan is heading to the India Super League after joining NorthEast United on a free transfer.

Gyan will travel to Guwahati this weekend to begin the latest leg of a career that has spanned ten clubs and three continents already and he says he is looking forward to it.

“I am extremely excited to start this new chapter in my career,” the 33-year-old said.

“I have heard great things about NorthEast United FC and the Indian Super League and I am thrilled to be a part of it for the upcoming season.

“I am confident that we can better the wonderful season the club had last year.”

He moves to India with a massive reputation honed at international level and during spells at clubs around the world particularly in the United Arab Emirates.

Ghana’s record international goal scorer and the leading African scorer at the World Cup has also played in the top leagues in England, France and Italy as well as China.

NorthEast Executive DirectorPriya Runchal is hopeful those credentials would reflect in Gyan’s performance at the club.

“We are thrilled to have a player of Gyan’s calibre and experience join our squad,” Runchal said.

“He has continuously delivered excellence at the highest of levels of world football and we are confident that he will add a lot of firepower on the pitch here.”

The club was only formed in 2014 and their highest finish in the Indian Super League was last season as they claimed fourth place.