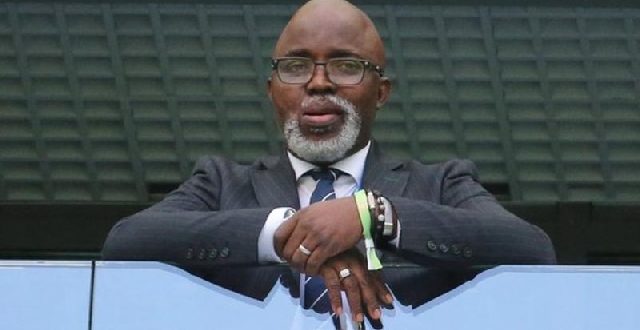 Several properties belonging to top officials of the Nigeria Football Federation (NFF), including its president Amaju Pinnick, have been seized in a fresh corruption probe.

The latest investigation and seizures are being carried out by the country’s Independent Corrupt Practices and Other Related Offences Commission’s (ICPC).

The ICPC has published a newspaper advertisement about the properties seized – half of which belong to Pinnick.

According to the statement published in the Nigerian papers one of Pinnick’s properties is in London.

It comes amidst wide-ranging claims over how money meant for football development allegedly disappeared.

“We can’t go into further details beyond the fact that many officials of the NFF are under investigation,” ICPC spokesperson, Rasheedat Okoduwa said.

The ICPC has also taken control of properties belonging to the NFF second vice-president Shehu Dikko and the general secretary Muhamed Sanusi among others.

Neither Pinnick nor Sanusi wanted to comment on the move by the ICPC when contacted by the BBC, while Dikko was not answering his phone when contacted.

BBC Sport understands that this latest investigation into the NFF will also look at allegations of how sponsorship money generated from the second tier of the country’s game was spent.

The ICPC investigation comes on the back of two separate cases brought by the Economic and Financial Crimes Commission (EFCC) and an ongoing one by the Special Presidential Investigation Panel (SPIP).

In May, the NFF told the BBC that he and four other top officials were being “victimised” and denied any wrongdoing over the alleged misappropriation of funds case brought by the SPIP for the recovery of public property. That case continues on 26 September.