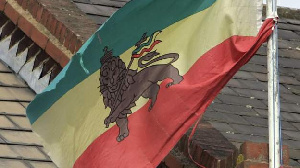 A Kenyan judge has ruled that Rastafarianism is a religion that deserves to be treated like any other.

The ruling is part of a case involving a minor who was banned from school for having dreadlocks.

The 15-year-old student at the Olympic High School in the capital, Nairobi, was sent home for sporting dreadlocks in January. School administrators argued that the hairstyle was not part of the official uniform.

He is quoted as saying:”A child has a constitutional right to basic education. Keeping rastas is her way of professing her faith and it’s wrong to compel her to shave which is against her religion.”

The girl’s father had gone to court to challenge the expulsion, arguing that his family adheres to the teachings of Rastafarianism.

The girl is in her first year in high school and has been attending classes after the judge issued temporary orders for her readmission, as long as she kept the dreadlocks neat and fully covered in a turban.

Previous Girl, 19 to receive 80 strokes of cane for smoking marijuana
Next Over 100 Vodafone staff asked to go home