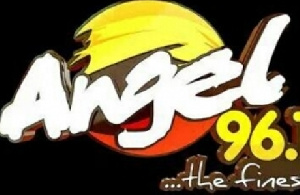 Australia Visa scandal: How an Angel FM reporter was deported and described as ‘fake journalist’

Details emerging from documents obtained by ABC News as part of its probe into the Australian Visa Scandal indicates that not all 50 persons deported by the Australian Immigration Officers for allegedly posing as journalists were indeed ‘fake’, ABC News can confirm.

A journalist with Angel FM by name Isaac Ofori was allegedly denied entry by Australian Immigration Officers to cover the Commonwealth Games because he had insufficient funds on him, ABC News can report.

The Angel FM journalist was subsequently deported to Ghana on the grounds that he did not have enough money on him to sustain him for the two weeks duration the Games was expected to last.

In addition to deporting him, Isaac Ofori was made to pay a penalty of US$150 and compelled to join the group of alleged ‘fake journalists’ who were attempting to find their way into Australia allegedly to cover the Games.

According to details contained in the CID Report on the investigations it carried out, ABC News can authoritatively state that Isaac Ofori was selected together with Jeffrey Amoah by Angel FM to represent the station. The two secured accreditation and visa through the GOLDOC Media Link.

The findings, as contained in the CID Report, exclusively sighted by ABC News on the Australia Visa Scandal indicates that “Isaac Ofori was the Media Accreditation Liaison Officer and a journalist with Angel FM, Kumasi. When the Commonwealth Games was approaching, his radio station selected him and Jeffrey Amoah to represent the station. The two secured the accreditation and visa through the GOLDOC Media Link.”

The Report continues ”On 28th March 2018, Isaac and his colleague left Ghana for Australia on separate flights. He boarded Ethiopian Airlines to Ethiopia, then to Singapore and arrived in Gold Coast, Australia on 30th March 2018 without encountering any difficulties. It was after picking his luggage and checking out, and was departing the Airport that some Immigration Officials asked him to declare the pocket money he had on him”

”He declared six hundred United States Dollars ($600) in addition to receipts of his hotel bookings at the Games Village that he was denied entry into the Games Village on the grounds that he did not have enough money on him to sustain him for the two weeks. He was handcuffed, detained and later deported to Ghana”.

According to Australian authorities, although all the affected persons had the necessary accreditation, they were not convinced they were all ‘real’ journalists.

Following this, the government referred the case to the relevant authorities for investigations to be carried out.

The Report by the CID indicates that no adverse findings were found against all three accused. They were reinstated and cleared of any wrongdoing.