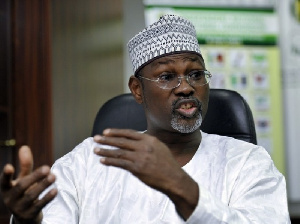 Professor Jega will be in the country on the invitation of Ghana’s Electoral Commission as part of its efforts to broaden its scope, knowledge and learn best electoral practices locally and internationally.

Professor Jega was appointed Chairperson of INEC in July 2010.

He was instrumental in carving a niche for Nigeria’s electoral body by institutionalising systems and measures that catalysed the success of the country’s presidential and parliamentary elections during his tenure.

Professor Jega oversaw two general elections in 2011 and 2015 in Africa’s most populous country, which were widely accepted by the stakeholders.

Ghana’s EC says it believes Professor Jega will bring his experience and expertise to bear on its operations, especially in the conduct of the 2020 presidential and parliamentary elections.