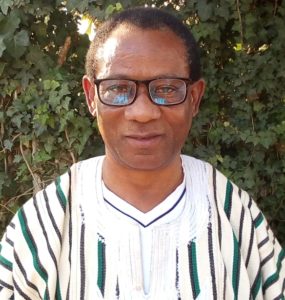 According to them, the debts can eventually collapse the company if appropriate measures are not taken so the law must take its course.

Speaking on “Ghana Te Sen” show on South Africa – based Press Radio hosted by Kwaku Anane Junior on Saturday,7th September 2019, Chairman of Ghanaian Community of Butterworth in the Eastern Cape Province of South Afrca, Mr. Stephen Kojo Wulingminga stated that the law should deal with them accordingly.

“It is a disgrace for the 7 NDC MPs whose names have been published because as leaders they should set examples to others. As a Members of Parliament if they can hire buses and for all these years the monies are not paid then they are thieves and nation wreckers so the law must take its course” he stated.

ABA Fuseini and Mr. Okudzeto Ablakwa have however denied the claims of the company.

But Mr. S. K Wulingminga believes that if the government and the management of MMT take legal action against the 7NDC MPs it will serves as a deterrent to others.

Meanwhile, the Management of the state owned Metro Mass Transit company (MMT) Limited has vowed to take legal action against some National Democratic Congress (NDC) Members of Parliament to settle their indebtedness to the company.

In an interview, Deputy Managing Director in charge of Operations and Technical at MMT, Richard Osei Bamfo expressed surprise that some of the MPs have denied the debts saying that “all we want is our money.”