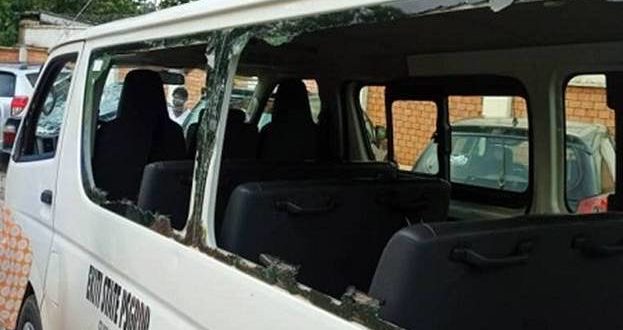 Police recover weapon from student as FUOYE is shut indefinitely

The Police in Ekiti State said on Tuesday night that they had recovered a weapon from one of the protesting students of Federal University, Ado Ekiti.

Police Public Relations Officer for the state command, Caleb Ikechukwu, stated that “a weapon have been recovered from the protesting student”.

This was as the management disclosed that three students were injured in the course of the protest, disclosing that the one with a serious injury was being hospitalised at Federal Teaching Hospital, Ido Ekiti.

Previous Algeria reacts to loss to Ghana in U-23 AFCON qualifiers
Next Xenophobia: 320 Nigerians arrive from South Africa