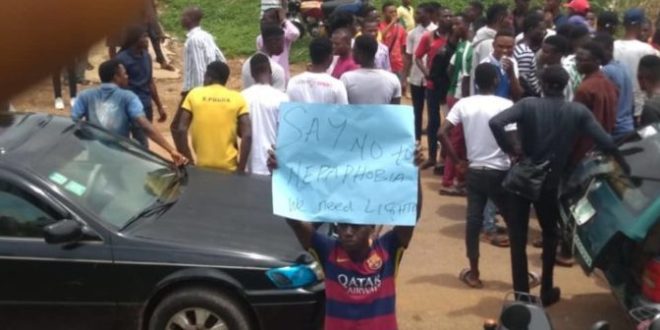 Police Operatives have killed a student of Federal University Oye-Ekiti (FUOYE) Ekiti State during a protest against poor power supply in the town.

Several others have been confirmed injured.

Some of the injured students have been taken to the medical centre of the institution with many more casualties feared.