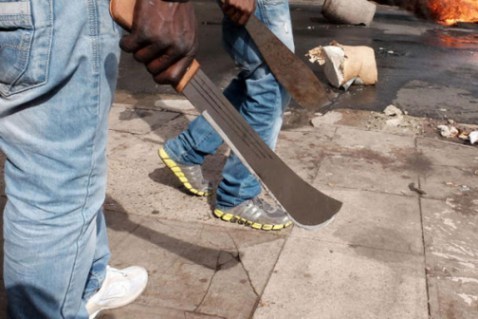 A ‘mad man’ has gruesomely murdered a 59-year-old property owner at Tunga near Dansoman in the Ablekuma West of the Greater Accra Region, MyNewsGh.com has confirmed.

A nephew of the deceased Abu Osman Mohammed who confirmed the incident to MyNewsGh.com, revealed that the mad man after murdering his uncle, chopped the body into parts and set it on fire at an uncompleted structure.

According to him, they had received reports that the mad man was occupying the uncompleted property which belongs to them and threatening the lives of residents who passed by it with with a sharpened machete.

Amadu Yakubu his uncle at about 4pm on Monday September 9, 2019 decided to go to the area and eject the mad man following several complaints from residents.

“He rode a bicycle to the place and for several hours he was not returning home. We decided to go to the place and find out what could be the problem but upon arrival we only spotted the bicycle. We comb round the building but he was nowhere to be found. Later we spotted some rubbish burning and when we tried finding out what was there, I spotted a hand of our uncle and other body parts being burnt”, he revealed.

Angered by the situation, the youth of the area murdered the mentally-deranged man in retaliation.

“He could not have killed our uncle and gotten away with such a crime easily like that. The youth from the area gave him the doze of his own medicine”

Meanwhile police who confirmed the incident to MyNewsGh.com have since visited the scene. 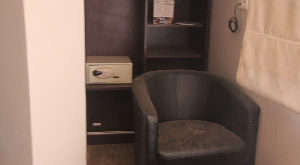